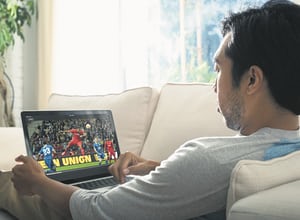 “This study highlights the very real damage done to legitimate pay-TV providers by widespread use of illicit IPTV piracy by Europe’s citizens,” states Mark Mulready, Co-President of AAPA, and VP Cyber Services at Irdeto, said. “It is clear that our industry, law enforcement and legislators must take more stringent steps to stem the growing use of this form of piracy. Consumer awareness must play a central role too. AAPA will continue to devote itself to fighting this crime.”

“This Bournemouth University study provides an update of research done for the EUIPO Observatory on Intellectual Property Infringements three years ago,” advises Sheila Cassells, Executive Vice-President of AAPA. “Despite the efforts of industry and law enforcement more needs to be done. Legislators and policymakers must take every opportunity to help reduce piracy and, in that context, it is regrettable that the Commission has responded to the calls for legislation to mitigate live event piracy by proposing a non-legislative Recommendation. Anti-piracy legislation must have real teeth if we are to make serious inroads into reducing its impact. It is important to note that the study addresses only one method of accessing pirate services and, hence, the impact will be even larger.”