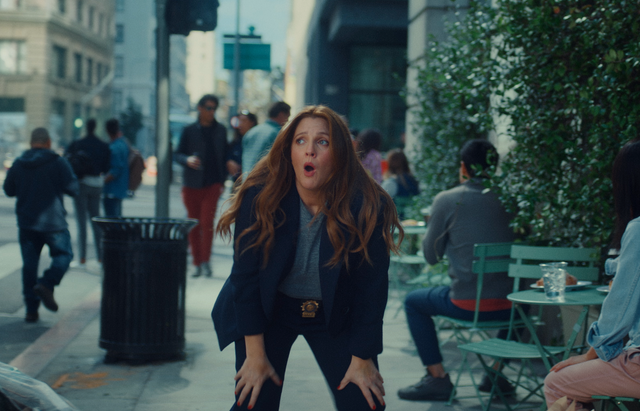 The new ‘Stream Now. Pay Never’ campaign features three unique commercial spots highlighting the streaming service’s no strings attached approach to accessing programming and entertainment. The video spots officially launch on December 16th in the US and Canada, and will run across select Pluto TV international territories throughout the beginning of 2023.

To kick off the creative campaign, on December 15th, Barrymore premiered the commercial on her talk show.

“We’re thrilled to introduce our new ‘Stream Now. Pay Never’ campaign which perfectly encapsulates Pluto TV’s core value proposition to audiences everywhere,” said Tom Ryan, CEO of Paramount Streaming and Co-Founder of Pluto TV. “No one is better suited to represent the playful and spirited vibe of Pluto TV than Drew Barrymore. A global icon with enormous talent and heart to match, Drew captures the essence of Pluto TV with her wit and charm in this new campaign.”

“Pluto TV is at the forefront of this transformational moment in media and how people consume it and it’s so exciting to be a part of it,” added Barrymore. “The fact that the service is completely free, with no strings attached really drew me to be a part of this campaign. I can turn on Pluto TV and be immediately drawn into my favourite series and movies across any decade and genre. It’s like the slot machine of programming, anything and everything you want.”

Barrymore’s talk show has had its own dedicated channel on the platform, ‘Best of The Drew Barrymore Show’.

The creative campaign was developed by Paramount Streaming in partnership with Known and O Positive Films.