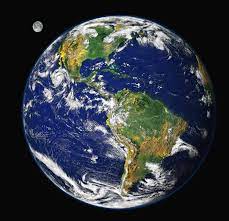 Euroconsult’s latest Earth Observation Data & Services Market report provides a global assessment of the EO satellite-based commercial demand for imagery and value-added services, with expanded granularity by user type, including now a finer breakdown between B2B and B2G, across the 32 vertical sub-segment applications in 8 regions and by more various sensor typologies.

Global Earth observation markets are showing signs of mature and expansive growth, both downstream and upstream, despite pandemic turbulences causing supply chain disruptions and manufacturing delays for satellites. The EO data and services markets topped a combined $4.6 billion in 2021 and are set to reach $7.9 billion by 2031, with increased diversity of business models in different vertical segments and regions fostering an expanding customer base.

This is also showcased in the value of the services market, which grew to $2.8 billion in 2021 and is anticipated to grow at a 6 per cent CAGR over the next decade. Price pressure from higher revisit constellations and pression in usage modes, as well as automated extraction from sharper resolution and higher diversity in spectral bands, have been particularly levelling up service offerings. A growing number of embedded services are now providing timely information at scale by leveraging Cloud processing and distribution capabilities.

Alexis Conte, Senior Consultant at Euroconsult and editor of the report stated: “The service ecosystem was previously widely fragmented but is becoming more and more structured, with a number of mergers and acquisitions or strategic partnerships forming between satellite operators and new tech companies. Service providers are enabling the enlargement of the customer base to non-experts and other verticals, whilst also increasing end-user adoption from current users requiring timely information from new commercial capabilities.”

More complex embedded services include the provision of Virtual Reality through 3D modelling in various applications such as autonomous driving and defence, soon to also penetrate insurance, infrastructure, and many more. While all these come at a higher price, the market growth is also sped up by lower-cost and free data being leveraged to build complementary analyses, calibrating other datasets and generating additional value-added services (VAS).

Private funding through Venture Capital, Private Equity and SPACs have been supporting a lot of new projects and are continuing to support the diversification of constellations. However, Government budgets remain the primarily funds for EO and provide more support than before for early-stage pilot projects.

New countries are also joining the satellite manufacturing industry, helping to launch over 3,500 EO satellites over the next decade and generate close to $98 billion in revenues, almost triple the number launched between 2012 and 2021 with a 23 per cent growth in market value. However, whilst 70 per cent of these launches will be commercial, over 92 per cent of the satellite manufacturing market value will be commanded by government entities.