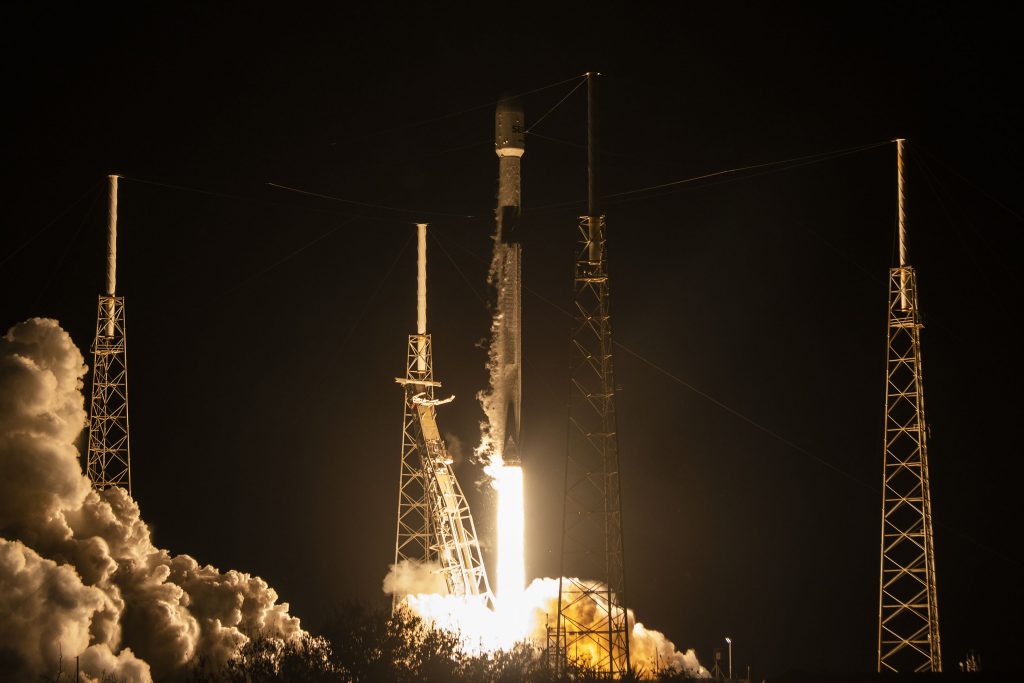 Despite a heart-stopping interruption to the launch rocket’s video signal which would normally have shown the rocket’s booster on its floating landing barge, but everything was “nominal” in the booster’s landing and the deployment of the two satellites.

Confirmation soon came that signals from the two mPOWER craft had been received, and SES subsequently stated that the satellites were successfully receiving and sending test messages.

The two satellites will now be subject to routine further tests during their orbit raising period and it is expected that the new high-power satellites will deliver round-trip message latency of less than 150 milliseconds.  Other launches are planned in the New Year. The full system will come into full commercial in Q3 2023.

“Much more than just another launch, today marks the next milestone of our MEO journey,” said Steve Collar, CEO of SES. “Since starting this journey, we have gone on to positively impact millions around the world. Today, with our second-generation O3b mPOWER, we are bringing game-changing technology that delivers a unique combination of multiple gigabits per second of throughput at any location, guaranteed reliability and service flexibility that is a first in the industry. Whether we are enabling governments to carry out critical missions securely, cruise operators to provide high-speed broadband access to passengers at all times, or mobile network operators to deploy 4G/5G networks in underconnected areas or restore communications networks in down time, O3b mPOWER is the satellite system of choice for applications where performance matters most.”

“From concept to reality, the partnership with SES while developing the first-of-its-kind technology has been remarkable,” said Jim Chilton, SVP of Boeing Space and Launch. “The next few months will be another critical collaboration period as we prepare the next nine satellites for launch and enable these first satellites to fulfill their mission to connect people around the world.”