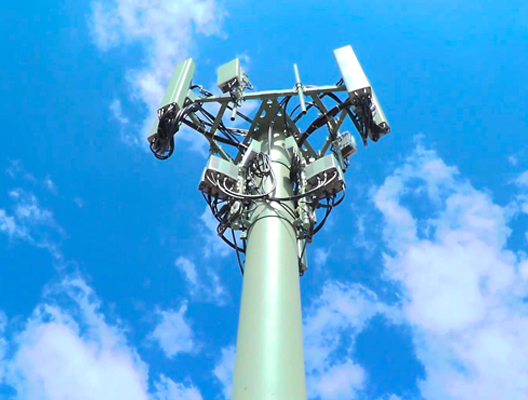 After an extensive public consultation and investigatory process, the ACCC is not satisfied under either of these tests and therefore cannot grant authorisation.

“Mobile networks are of critical importance to many aspects of our lives, including our livelihood, our wellbeing and our ability to keep in touch with friends and family. Any reduction in competition will have very wide-ranging impacts on customers, including higher prices and reduced quality and coverage.”

“Mobile network operators compete on price and a user’s package inclusions, but importantly, they also compete on coverage, speed and other quality dimensions that are directly influenced by the nature and extent of their underlying network infrastructure.”

“Entering into the arrangements proposed by Telstra and TPG will represent a significant change to the structure of the market that would have long-term consequences,” she concluded.

Under their proposed arrangements, TPG would decommission or transfer its mobile sites in regional and urban fringe areas to Telstra. TPG would then acquire mobile network services from Telstra. TPG would give Telstra access to most of its regional spectrum. By using part of the Telstra network, TPG’s coverage would increase from 96 per cent to 98.8 per cent of the population.

“The proposed arrangements would lead to some short-term benefits from an improvement in TPG’s network coverage, and some cost savings and efficiencies for TPG and Telstra,” noted Carver. “However, the enduring and more substantial impact of the proposed arrangements would be to lessen infrastructure-based competition which would make consumers, including those in regional areas, worse off over time.”

“Competition between separate mobile networks drives companies to improve coverage for mobile users and to offer new technologies to more areas. For example, when Optus improves its regional network, Telstra responds by improving its network to maintain its market position.”

“Infrastructure competition is what drives investments by mobile companies in broader, deeper and faster mobile coverage. We have looked beyond the potential short-term effects to consider the long-term impact from the reduced incentive to innovate and improve networks. We have concluded the proposed arrangements would likely significantly weaken this competitive process,”

Telstra submitted that the increased spectrum it would obtain from TPG as part of the arrangements would enable it to reduce congestion in regional areas. The ACCC carefully investigated these claims.

“It is unclear the extent to which the additional spectrum would assist Telstra with alleviating congestion in regional areas, as the ACCC found that without the proposed arrangements Telstra has alternative ways to alleviate that congestion” said Carver. “It is unlikely that the proposed arrangements would materially improve Telstra’s ability to serve regional Australia. Instead, it would likely reduce the incentive for mobile companies to improve their service and coverage in regional areas.”

The proposed agreements would result in Telstra gaining access to most of TPG’s spectrum in regional areas and urban fringe areas, meaning Telstra would have a high proportion of key spectrum in those areas.

“Telstra is already the strongest mobile network operator in Australia and has a very high share of regional customers,” noted Carver. “We consider that the proposed arrangements would lock up valuable spectrum with Telstra, raising barriers to entry and expansion and reducing the incentives and ability of rivals to compete.”

“Telstra and TPG are proposing the arrangements at a time when each of Telstra, TPG and Optus are competing in the roll-out of 5G infrastructure including in regional areas. After careful consideration of all the information available to us, including internal confidential information from the carriers, we consider that there is a real risk that TPG and Optus will invest less in critical infrastructure than they would if the proposed arrangements do not proceed.”

The ACCC engaged in an extensive public consultation and investigatory process, considering a substantial volume of internal documents, more than 170 submissions, and 40 witness statements and expert reports. There were strongly-competing views expressed by interested parties.

“When assessing the proposed arrangements, we are principally concerned with the impact on the competitiveness of the market overall, not the impact on any individual firm,” advised Carver. “It is the overall competitive process which protects the interests of consumers. While Telstra and TPG have claimed the agreements will immediately lead to more choice for customers and better coverage for TPG customers, this misses the more significant impact on consumers which is that the reduction in competition in the longer-term will likely lead to higher prices, less innovation and quality of service, and less competitive pressure to expand and improve networks.”

During the ACCC’s consideration of the application, Telstra and TPG offered court-enforceable undertakings intended to address the ACCC’s preliminary concerns.

The undertakings proposed that the ACCC could reassess the competitive effects of the proposed arrangements within eight years, and that TPG would not terminate leases or licences for 300 mobile sites in the relevant regional area.

“After careful consideration, we determined that these undertakings did not change whether the ACCC was satisfied of the relevant competition or public benefit tests against which the ACCC must assess a proposed merger authorisation,” concluded Carver.

“The proposed arrangements would have an immediate impact on infrastructure competition in Australia and that impact would endure. Even if the arrangements were terminated after eight years, it would be too late to unwind the negative competitive impact.”