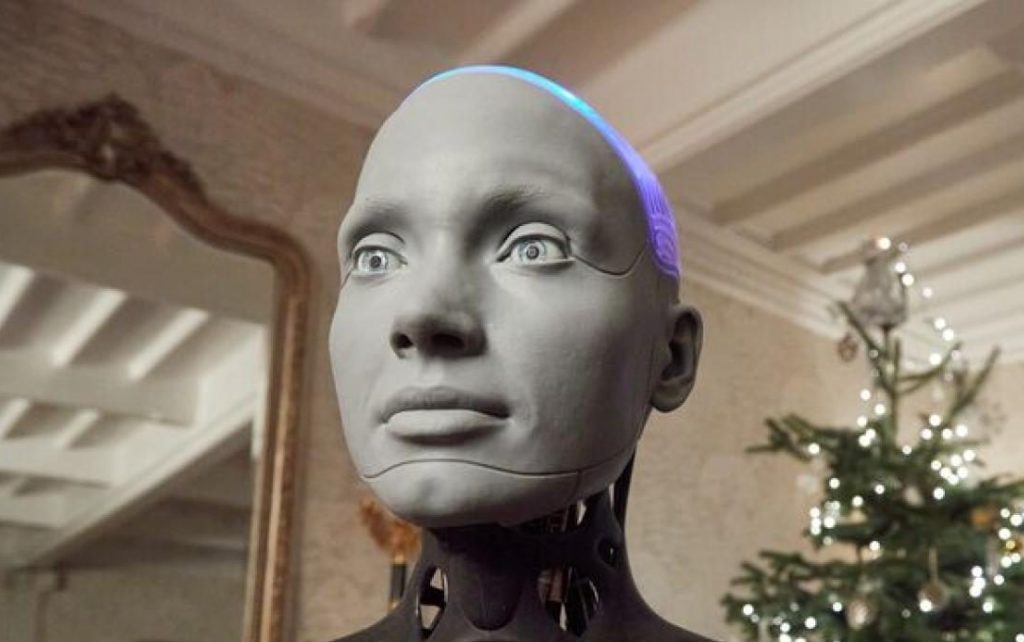 Ameca, one of the world’s most advanced robots, will deliver Channel 4’s Alternative Christmas Message for 2022, in a speech generated entirely by Artificial Intelligence (AI).

During the address, Ameca will speak about the highs and lows of the year gone by as well as being questioned about humans.

Ameca says we should be “neither happy nor sad about 2022” and “take it as a learning opportunity, a chance to change the way we think about the world and a reminder to help those in need whenever we can.”

There is also an uplifting message for us humans, as Ameca says the best thing about us is our ability to “always find something to laugh about” no matter how bad the day is. Ameca reminds us that if we’re ever feeling down, we should remember we have “the superpower to bring a little bit of joy into the world.”

Ameca was developed by Engineered Arts, a British company based in Cornwall, and is capable of ultra-realistic reactions. To deliver the Alternative Christmas Message, Ameca is using AI software that generates answers from millions of different inputs to give a human-like response. Nothing Ameca says has been written or scripted by a human.

Channel 4’s Chief Content Officer, Ian Katz, commented: “As we look to a future in which Artificial Intelligence is set to have an increasingly prominent role in our lives, Ameca’s Alternative Christmas Message is a vivid illustration of both the power and limitations of this technology. Despite Ameca’s remarkably lifelike facial expressions, I suspect most viewers will come away reassured that humans are not about to be displaced by AI robots any time soon.”

The Alternative Christmas Message airs on December 25th at 5.25pm on Channel 4 and All 4.