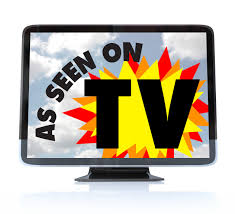 UK regulator, Ofcom, is reviewing the rules that restrict the UK’s PSBs from running as many minutes of advertising on their pay-TV or OTT rivals. The rules were introduced in 1991 to support the new pay-TV and cable companies such as Sky to build their businesses in the UK. Non-PSB channels are allowed to air significantly more minutes of ads across the day, and in the all-important peak period each evening, as well as having no limit on the length of ad breaks.

Ofcom is looking at options including whether the PSBs’ main channels – ITV1, Channel 4 and Channel 5 – should be allowed to increase the amount of ads between 6pm and 11pm from 40 minutes’ worth to 60 minutes, and the total for the whole day from 168 minutes to 216 minutes, as well as removing a restriction limiting individual ad breaks to a maximum length of 3 minutes 50 seconds. This would level the rules across all broadcasters, reports The Guardian.

The Incorporated Society of British Advertisers (ISBA), which represents the vast majority of the UK’s biggest spending brands, believes that if this were to happen then Sky could see up to £150 million (€170m) shift to ITV given the scale of its existing market share.

And Coba, the association for commercial broadcasters and on-demand services whose members include Sky, Discovery and Walt Disney, argues that injecting about 850 hours of new advertising space a year will not just be bad for viewers but will reduce ad prices so much that the UK TV market could ultimately lose as much as £300 million in revenues.

ITV disagrees, saying: “Audiences are unlikely to be negatively impacted by a small increase in peak-time advertising on PSB channels. The wider commercial market is unlikely to be significantly affected, and commercial television as a whole may benefit by becoming more competitive versus the global streamers.”

Ofcom is expected to publish its decision on the potential ad rule changes early next year.