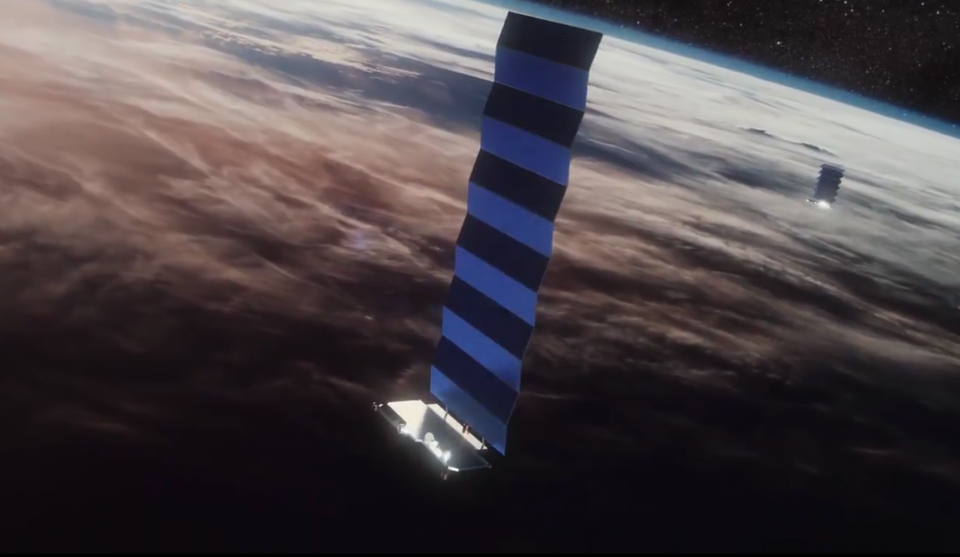 SpaceX successfully launched its latest batch of Starlinks on December 28th, but there’s some confusion as to the precise make-up of the satellites carried into orbit.

Officially, SpaceX talks about the mission being Starlink Group 5-1, and there’s plenty of talk about the satellites being the first flight dedicated to Starlink’s ‘second generation’ versions. The mission called for insertion into a 530 km altitude, and a 43 degree inclination.

But 54 satellites are definitely a “downsized” version of the full Gen-2 specification, and the modifications the reason why 54 craft could be fitted within the Falcon 9’s fairing.

In August 2022 SpaceX formally told the FCC that “SpaceX will use technically identical satellites on both [Starship and Falcon 9] rockets, [but that] the physical structures will be tailored to meet the physical dimensions of the rockets on which they will be launched.”

The next planned Starlink launch (dubbed F9-2) is expected to carry a cargo of ‘full-sized’ Vesion-2 which have double the number of solar panels (each 12.8 metres vs 8.1 m) and said to be almost three times as massive (1250 kgs vs 259 kgs) as the current V1 satellites.

Importantly, these new versions are equipped with inter-satellite laser links and improving internet traffic links which can be shared from satellite to satellite around the world, avoiding the need to relay the signals to ground-based internet networks.

The December 28th launch, the 60th in 2022 for SpaceX, was wholly successful and the first stage booster of the Falcon 9 subsequently landed with its usual pinpoint precision on the ‘Shortfall of Gravitas’ floating barge.

That 60th flight for SpaceX was almost double the number achieved in 2021. SpaceX squeezed a 61st flight in on December 30th with an Israeli imaging craft. Elon Musk is talking of managing 100 flights in 2023.

There’s a Falcon 9 launch of a large batch of smaller satellites (the Transporter-6 mission) set for January 3rd and then its next cargo will be for its competitor OneWeb, probably on January 8th. This, officially the OneWeb-16 flight, will take 48 satellites into orbit for rival broadband operator OneWeb.

This flight is the second by SpaceX for OneWeb. On December 9th 2022 it lofted 40 satellites into orbit for OneWeb. The launch will take the overall total of OneWeb satellites launched to 550 out of a core fleet of 600.