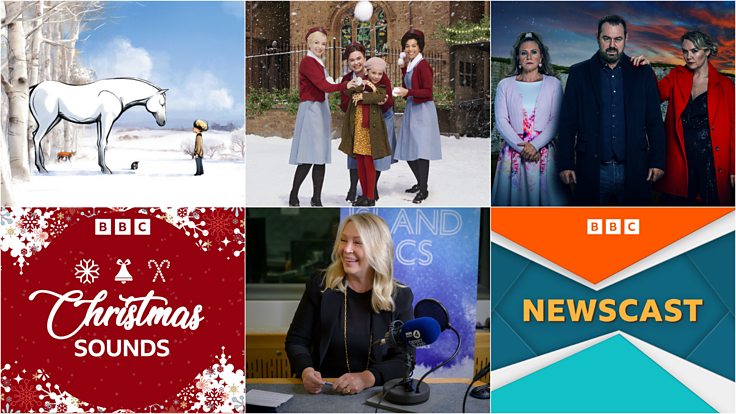 Viewers and listeners flocked to BBC iPlayer and BBC Sounds in record numbers over the festive period with millions also watching on BBC TV and listening on BBC Radio.

EastEnders, Call the Midwife, The Boy, the Mole, the Fox and the Horse, The Traitors and Sam Ryder Rocks New Year’s Eve topped list of most watched programmes.

On BBC Sounds, there were a record 57.7 million plays of all content between December 20th and January 2nd, boosted by three new Miss Marple stories, new drama The Dark Is Rising and the hugely popular Christmas Sounds music offer.

Every day across the festive period, programmes were listened to more times on BBC Sounds this year than last year – with an overall increase of 9 per cent compared with the same period in 2021. BBC Sounds also recorded its best festive day ever, with over 4.7 million plays on December 20th.

“Over the festive season, audiences chose the BBC in record breaking numbers on BBC iPlayer and Sounds for our world class content signalling a brilliant start to 2023 on the BBC,” commented Charlotte Moore, BBC’s Chief Content Officer.

The news follows the announcement that across both broadcast and on-demand viewing, the BBC secured the top six most watched programmes, and seven out of the top ten programmes on Christmas Day – with the Strictly Come Dancing Christmas Special winning Christmas Day ratings in 2022.

The top 20 individual episodes streamed on BBC iPlayer in the period were:

The top ten on demand radio programmes in the period were:

The top ten podcasts between in the period were:

The top ten episodes in the period were:

The top ten music mixes in the period were: