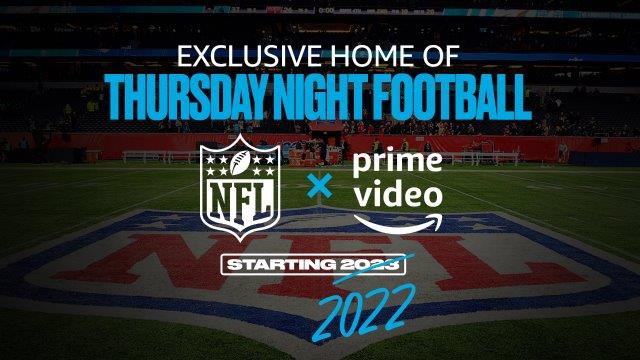 According to Nielsen Media Research, the inaugural season of Thursday Night Football on Prime Video featured the most streamed NFL contests ever and attracted audiences that were considerably younger, watched more minutes of the game, and commanded higher household incomes than NFL viewers on broadcast and cable platforms. Thursday Night Football finished the season with the youngest median age of any NFL broadcast package since 2013 and enjoyed a double-digit jump over the previous season among hard-to-reach P18-34-year-old viewers.

“Amazon has earned a strong reputation for making big bets, and given the unprecedented scale of this challenge and the hallowed place that NFL coverage holds among millions of fans, the launch of Thursday Night Football ranks high among our most ambitious enterprises,” said Jay Marine, vice president, Prime Video, and global head of sports. “We are only at the beginning of a long-term mission, but are ecstatic with the results and achievements of this first season, bringing millions of new viewers to Prime Video every week.”

“We are incredibly proud of our inaugural exclusive season of TNF, and gratified by the positive response from sports fans, especially hard-to-reach younger fans,” said Marie Donoghue, vice president of global sports video, Amazon. “Along with a top-notch game broadcast, fans are increasingly looking for fresh voices, optionality, and personalisation, all of which we delivered, and will continue to build upon in the coming seasons.”

Each Thursday throughout the 2022 season, Prime Video presented an NFL presentation with Al Michaels, Kirk Herbstreit, and Kaylee Hartung handling game coverage, as well as unprecedented ways for fans to tailor their viewing experience with multiple alternate streams, instant access to Next Gen Stats powered by AWS, and options such as ‘Rapid Recap’. TNF on Prime’s pregame and postgame talent – including host Charissa Thompson, Tony Gonzalez, all-star rookies Ryan Fitzpatrick, Richard Sherman, and Andrew Whitworth, and contributors Taylor Rooks and Michael Smith – made a strong connection with fans, helping to drive more than 285 million video views across TNF’s social channels throughout the year.

Other viewership highlights include.

Double-Digit Gains in Viewership Among P18 – 34

Record-Setting Gains in Viewership Among Men 18 – 34

Amazon aggregates direct viewing data from the millions of devices and accounts watching in order to provide a clear and comprehensive understanding of viewership across Amazon’s channels. Amazon first-party viewership metrics deliver insights that combine direct first-party data with Nielsen figures (e.g. OTA and OOH) within a large-scale “broadcast” encoded event, as measured by their panel.