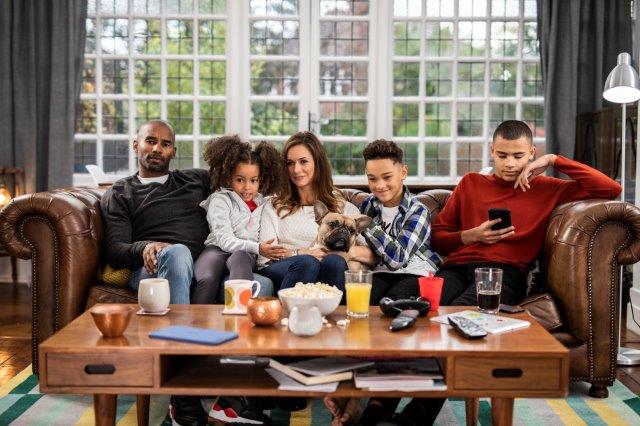 A study from the British Board of Film Classification (BBFC) into attitudes and understanding of age ratings and content advice among UK-based parents and caregivers of 4-to 15-year-olds, as well as young people aged 12-19, reveals that nine in ten (90 per cent) parents/caregivers of 4-to 15-year-olds and eight in ten teenagers aged 16-19 consider age ratings and content advice to be of equal importance on streaming services as they are for films in the cinema.

The research, conducted by We Are Family, surveyed a nationally representative sample of respondents using qualitative and quantitative techniques, including a series of in-person focus groups. The research goal was to assess UK families’ views on age rating systems across streaming services, and to analyse perceptions of trust and usefulness of age ratings and content advice.

The research shows a high demand for both age ratings and content advice on streaming services, particularly amongst parents and caregivers. Young people also see the value of such guidance: over half (51 per cent) of teens aged 16-19 check content advice before choosing what to watch, and nearly nine in ten (89 per cent) said that they pay more attention to content advice if choosing for a person younger than them, such as siblings or other family members.

The majority of parents/caregivers (61 per cent) of 4-to 15-year-olds said that they would be concerned if streaming services each used different criteria when deciding the age ratings and content advice for their content. The biggest concern (53 per cent) cited was around the risk of children being exposed to inappropriate content, alongside the erosion of trust in age ratings generally. When considering the potential impact of children’s exposure to inappropriate content, 64 per cent of the sample were concerned about young people seeing and imitating anti-social behaviours (such as drug misuse and violence).

Meanwhile, the report shares meaningful insight into what UK families believe are the most important attributes for the people responsible for setting age ratings and content advice. These included transparency; independence from the platforms; being up to date with public sentiment; and being reflective of the country’s cultural values.

These attributes are in line with the three reasons the UK Government has given for viewing BBFC ratings as best practice for age labelling on streaming services in its recent response to the 2021 consultation on VOD Audience Protection Standards: that they are widely recognised by the public, underpinned by a transparent set of standards and informed by regular consultation with the UK public. There was also a consistent assumption amongst participants in the focus groups that age ratings and content advice are determined by a single body that is independent of the VoD/streaming services, regardless of where the content is hosted, and a belief that this was a legal requirement. Participants were surprised to learn that this is not the case.

In-depth focus group sessions revealed that people across all ages have spontaneous recall for BBFC age rating categories, citing them as trustworthy and recognisable. The cohort of young people aged 12-19 participating in the focus groups also repeatedly referenced the importance of standards and practices being updated in line with changes in society. The BBFC updates its Classification Guidelines every four to five years, through an extensive consultation process involving more than 10,000 people from all across the UK. The BBFC will consult on its guidelines in 2023, with any changes required by the research coming into force in early 2024.

“As a mother of teenagers, I know first-hand how challenging it is for young people growing up at a time when they are constantly bombarded by different types of content,” commented Natasha Kaplinsky OBE, President of the BBFC. “The inconsistency across streaming services makes it even more challenging for parents and caregivers to determine what is appropriate for children and teenagers to view. With an increased presence of our trusted BBFC guidance online, it will make it easier for parents, families, and young people across the UK to navigate their viewing choices. As a family, we have always relied on the BBFC classification system, and I look forward to seeing further coverage of BBFC age ratings and content advice online.”

“This new report contributes to a growing body of evidence for our BBFC age ratings to be applied more consistently online,” added David Austin OBE, Chief Executive of the BBFC. “People in the UK know and trust our ratings from the cinema and from packaged media, and they find the present inconsistency of standards across streaming services to be confusing and unhelpful. Our innovative partnership with Netflix has proved that 100 per cent coverage of our age ratings and content advice is achievable for even the largest platforms. Helping UK families choose content well, wherever and however they watch it, is a key priority for the BBFC. Everything we do is led by what audiences tell us, and we look forward to embarking on our next guidelines consultation this year.”

Currently, the BBFC works with 29 streaming services in the UK to provide age ratings for content on a voluntary best practice basis. Amongst others, these platforms include Apple TV+, Curzon Home Cinema, Lionsgate+, Prime Video, Rakuten TV, Sky Store, YouTube Movies, as well as Netflix, who carry BBFC age ratings and content advice across its entire UK catalogue.