UKTV Play user base up 27% YOY 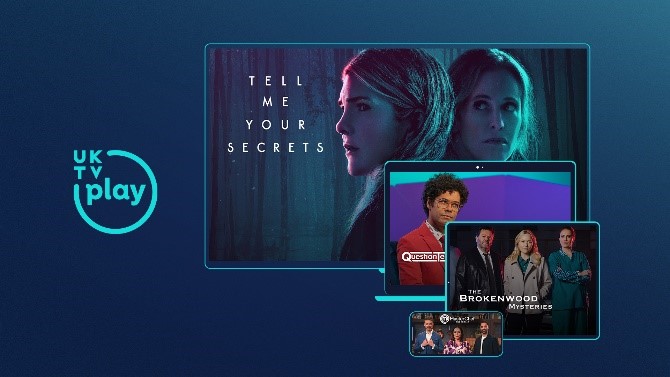 Figures from commercial broadcaster UKTV indicate that following a year of increased investment and focus on its free streaming service UKTV Play, it has grown direct-to-consumer views by over a quarter and added a further one million registered users. The network also achieved record SOCI (share of commercial impacts) in 2022, up 2.1 per cent from 8.52 per cent in 2021 to 8.70 per cent last year, and UKTV added to its silverware with two BAFTAs for its homegrown show Big Zuu’s Big Eats.

“Despite the economic downturn in the latter half of 2022, UKTV has continued to grow its share of the commercial TV market (SOCI) to record levels while continuing to invest in services and programming,” commented UKTV’s CEO, Marcus Arthur. “UKTV Play has undergone product updates and a major brand refresh, while thousands of hours of new content have been added to the service, resulting in growth of over a quarter. Across five of our channels UKTV Original commissions were the top performing shows, and we saw our commitment to finding and launching new talent continue to bear fruit with the second series of Big Zuu’s Big Eats winning two BAFTAs earlier in the year.”

“We’ve also made great strides in our digital content strategy, producing more original short-form content helping to drive over 12 million views to our Dave YouTube channel, up 42 per cent year-on-year, and achieving over one million downloads to our new suite of podcasts.

“Looking ahead to 2023, we know it’s going to be a challenging time for all commercial broadcasters as we face into an advertising recession, however, at UKTV we remain committed to continuing to invest in channels, content and UKTV Play to fuel growth and provide our viewers with even more content they love.”

The growth in UKTV Play’s direct-to-consumer views (27 per cent) was aided by over 3,000 hours of new content being added to the service in 2022. This was achieved through newly acquired programming to complement UKTV’s own originations, including UKTV Play and Dave YouTube original Rosie Jones’ Disability Comedy Extravaganza, and W joining the service following its move free-to-air in March. In September 2022, UKTV Play underwent a full rebrand, with a renewed digital-first brand direction and a fresh look and feel, and towards the end of 2022, the service began to transition content to HD, which, once complete, will allow UKTV Play viewers to watch their favourite programmes such as Stacey Dooley Sleeps Over, Bangers and Cash, MasterChef Australia and Big Zuu’s Big Eats in full HD quality for the first time. UKTV Play also added one million registered users in 2022 to reach 6.45 million.

Dave continued to have the strongest reach of any non-PSB owned channel, reaching 13.8 million adults per month in 2022. Its top performing show was series three of Meet the Richardsons which launched to 792k individuals (TC). It was closely followed by QI XL and series two of Mel Giedroyc: Unforgivable which launched to a TC audience of 681k individuals. Across the course of the year, the channel welcomed back a number of UKTV Original series, including Late Night Mash, Hypothetical, Comedians Giving Lectures and double BAFTA-winning Big Zuu’s Big Eats, which sat alongside brand new shows such as Live at The Moth Club, Sneakerhead, Dave’s All New Laughs pilots and feature-length comedy We Are Not Alone, from the writers of acclaimed BBC comedy Ghosts.

Drama continued to retain its position as the number one non-PSB owned channel in the country and in Q3 last year it boasted a 1.65 per cent share, equalising the channel’s best Q3 share ever. In addition, 2022 saw Drama celebrate its highest rating show in the history of the channel with BBC Studios-produced Sister Boniface Mysteries watched by 1.3 million viewers (TC). And over on Yesterday UKTV Originals reigned supreme, accountable for the top five highest rating shows on the channel. Bangers and Cash series six came in at number one, with episode seven of the series peaking at 830k viewers, making it the highest rating transmission for Yesterday last year. Bangers and Cash: Restoring Classics, Secrets of the London Underground S2, Scouting for Toys, and Abandoned Engineering rounded out the top five.

“UKTV Originals are pulling their weight across more parts of the portfolio than ever and that will only expand further with the commissioning of dramas for both Dave and Drama, as well as delivering richer short-form and podcast slates as we fully embrace UKTV’s digital future,” said Richard Watsham, UKTV’s Chief Creative Officer and Global Director of Acquisitions BBC Studios/UKTV.

“The diversity of our talent both in front of and behind the camera has improved too and I’m particularly proud of Rosie Jones’ brilliant Disability Comedy Extravaganza and Dave’s writers’ initiative pilots including Laurence Clark’s wonderful Perfect. It’s the first show in the UK to engage an access coordinator throughout the whole of production. There is still much more work to do though, especially getting us where we need to be with on screen representation across all of our diverse channels and genres.”

“In 2022 we laid the groundwork for a strong year in ’23. We’ve invested more into originations on W and Yesterday and ramped up acquisition to build a deeper offering on UKTV Play. I’m incredibly excited about UKTV’s year ahead as we look to build on last year’s BAFTA success and continue to expand into new content areas across our channels and services.”

Social AVoD continued to be a key priority for UKTV’s digital strategy in 2022, to further boost engagement with younger audiences. In 2022, the Dave YouTube channel generated 12 million views, up 42 per cent year-on-year, and scored over one million hours of watch time on the channel, with specially commissioned short-form content such as new comedy format Get Off My Phone!, Outsiders: Gone Wild, Backstage Hypotheticals and Question Team: Interrogations helping to drive views. Across all social platforms UKTV’s social feeds saw an average of 25 million impressions per month and enjoyed a 11 per cent increase in followers, driven by Dave’s TikTok followers which were up by 52 per cent year on year.

In 2022, UKTV achieved over one million podcast downloads driven by three original standalone podcast shows for Dave and companion podcasts for two of Dave’s most popular programmes. These included Hard Sell hosted by Darren Harriott and Josh Jones, Jordan Brookes: Look At What You’ve Done, Dave’s Edinburgh Comedy Awards podcast miniseries, Late Night Mash: The Podcast (Yes We’ve Got One Too) hosted by Geoff Norcott and Olga Koch and Hypothetical: The Podcast.