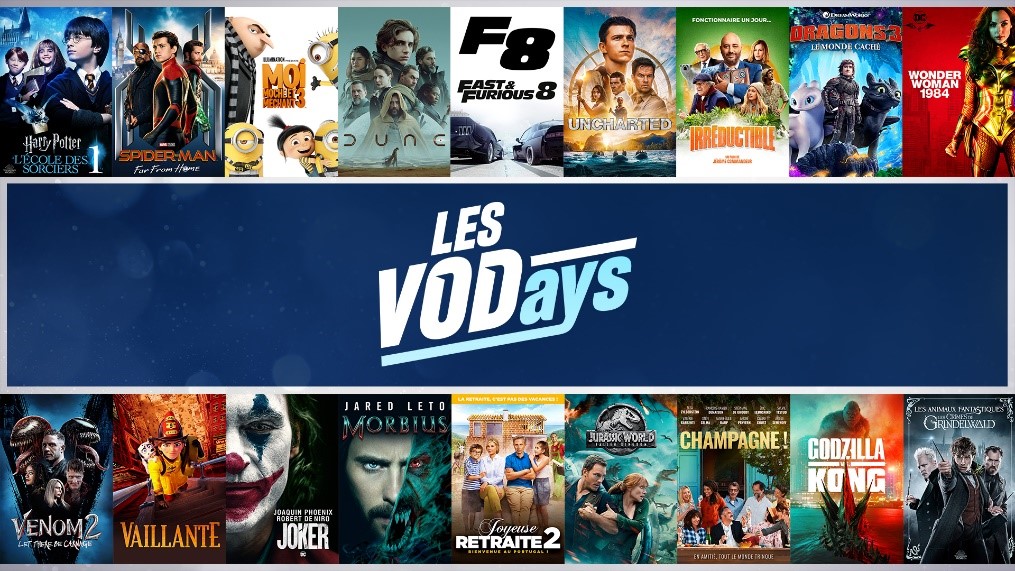 French film fans will be offered a selection of new and popular films at promotional prices from Universal Pictures Video France, Sony Pictures Entertainment France, SND Films & Warner Bros. Discovery France. Titles will be available across both Electronic Sell-Through (EST) and Video on Demand (VoD), allowing audiences to buy or rent films that feature their favourite superheroes and more! The selection of both Hollywood and local titles will appeal to movie fans of all genres and ages and includes titles such as Fantastic Beasts: The Crimes of Grindelwald, the Spider-Man saga,  Jurassic World: Fallen Kingdom and Joyeuse Retraite! 2.

Les VODays is backed by a nationwide media campaign that includes Facebook, Instagram and Catch-up TV on MyTF1 and 6play, with additional visibility on display advertising across the ALLOCINE network. This will help reach new customers who have yet to discover the ease and simplicity of digitally downloading films, as well as enabling existing or lapsed customers to build their digital libraries at limited-time promotional prices.

“I’m thrilled to be starting the new year with another unique industry-wide campaign dedicated to promoting the many advantages of buying movies, including building a digital collection,” declared Yves Elalouf, President of SEVN. “We hope that we can perform even stronger than 2022, and provide consumers titles they love at incredible prices – all for one week only.”

“LesVODays in 2022 was a bold activation that delivered new and lapsed customers to the French market,” added Liz Bales, Chief Executive at DEG International. “The next iteration of the campaign will benefit from the learnings of last year, and will see the 2023 activity designed to highlight the breadth of titles across the digital format as well as the convenience of digital transaction. We’re delighted to continue our work with SEVN in France and all of our key partners across both distribution and retail to deliver this campaign.”