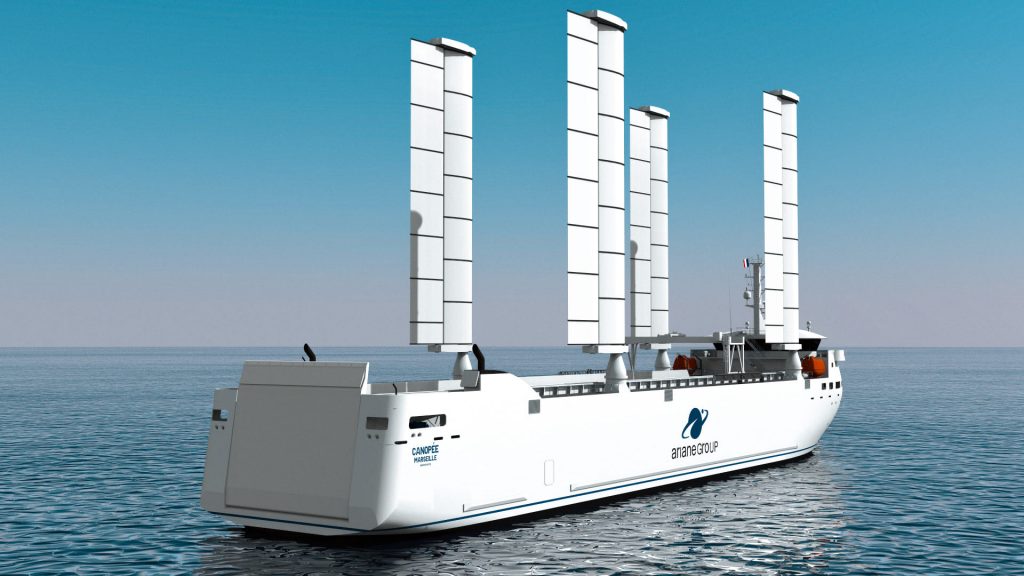 Prior to the Ukraine invasion by Russia and the destruction of the giant Antonov-225 aircraft in Kyiv many of the world’s largest satellites and rocket elements were flown from Europe to their North or South American launch sites by the Antonov. Arianespace has a new method of transportation.

Ariane has just wrapped a test transatlantic voyage of its 10,000 tonne ‘Canopée’ cargo vessel, which can carry its Ariane rockets.

The ship’s voyage left Rotterdam on December 27th and took 17 days to reach French Guiana. It arrived at the port of Pariacabo on January 13th. It can manage a speed of 17 knots.

The Polish-built Canopée can sail with or without its sails deployed. It is 121 metres long, and 22 metres wide.

Arianespace says that Canopée will cut transportation costs by 50 per cent, and in the process reduce the overall environmental impact of the process.

The boat will be loaded this summer with the Ariane 6 launcher intended for its long-delayed maiden flight, then the following launchers already integrated into ArianeGroup’s factories in France and Germany.

The ship is designed to transport all fragile packages at once: the stages and sub-assemblies of the launcher.