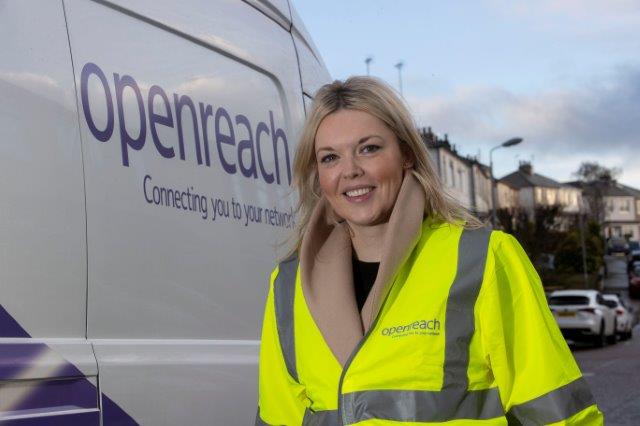 UK digital infrastructure provider Openreach is making some changes to its leadership team in order to continue delivering against its strategic goals.

Kim Mears, currently Managing Director Infrastructure Delivery, will retire on March 31st after nearly two decades of service, having joined Openreach in 2006. She will remain as an Executive advisor to Openreach, continue in her role as Chair of the Welsh Board and also take on non-executive roles outside of Openreach.

Katie Milligan will extend her remit, assuming a new role as Chief Commercial Officer. Milligan already leads Openreach’s commercial relationships with Communications Provider customers including the likes of BT, SKY, TalkTalk, Vodafone and Zen, and is accountable for the company’s revenue. She also continues to steer the business’s delivery in Northern Ireland and will now expand her role to include Infrastructure Development – working closely with house-builders, local and national governments to deliver commercial and publicly subsidised projects.

Mears has been a key member of the Openreach leadership team for the last ten years. Her achievements include leading the rollout of the Superfast broadband programme, which has helped more than 97 per cent of the UK gain access to download speeds of at least 30 Megabits per second (Mbps). This led to Mears receiving an OBE in 2020 for services to the UK communications industry. She has also been integral in shaping and delivering the next generation of broadband – ultrafast, ultra-reliable full fibre – which now reaches more than nine million homes and businesses throughout the UK.

At the same time, Mears has built strong, productive relationships with partners, house builders, local and national governments and established the Openreach Wales Board, which represents and guides teams based in the Principality. She has also played a leading role in the company’s work to become a more diverse and inclusive organisation.

“I want to congratulate Katie on her expanded role,” stated Clive Selley, Openreach. “She’s done an incredible job in bringing our customers onboard with full fibre and delivering the highest standards of connectivity in Northern Ireland. I’m also extremely grateful for Kim’s support and counsel throughout my time in Openreach. She has been instrumental in delivering massive engineering and infrastructure projects which continue to have a huge impact on the millions of customers we serve. I’m also pleased that she’ll continue to act as an Executive adviser for Openreach, supporting our push to deliver further broadband upgrades across the country, particularly in rural areas. I wish Kim a very long and happy retirement.”