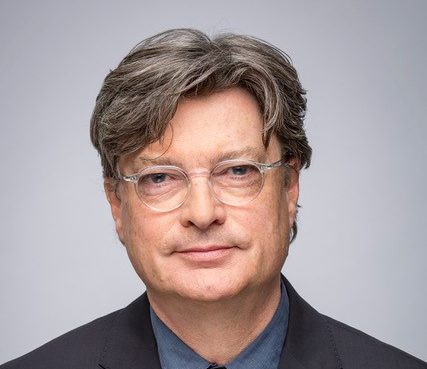 After 11 years leading Original Programming and Production for HBO Europe and later HBO Max EMEA, Executive Vice President Antony Root has announced he will retire from his role at Warner Bros Discovery at the end of March.

Priya Dogra, President & Manging Director EMEA, commented: “Antony is a true giant of the European TV Industry, and during his career at HBO, he has commissioned and executive produced some of the most iconic series of recent years across the Nordics, Central Eastern Europe and Spain. Antony built and managed talented teams and left an indelible mark on the quality of productions from HBO in Europe. Some time ago, Antony agreed to postpone his planned retirement and to continue to lead his team and the various ongoing projects through the merger. With that work complete, I would like to wish him all the best as he retires from his executive career. Antony has been an incredible partner to me. I’ve learnt a huge amount from him about bringing the best stories from an initial pitch to the screen, and for that I am hugely thankful.”

During his time at the company Root has commissioned and overseen more than 1,000 episodes of original premium programming across scripted, documentaries and unscripted. In addition to supporting the growth of the HBO and HBO Max streaming services in Europe, many productions received national and international award recognition including The Pack and Blinded by the Lights in Poland; Burning Bush and Wasteland in Czechia; Golden Life in Hungary; the Oscar nominated documentary Collective in Romania; Patria and 30 Coins in Spain; Beartown, Beforeigners and Kamikaze in the Nordics.

Root said: “Leading a European production group within the HBO family has been an honour and privilege and I will be forever grateful for the opportunity. When I joined in 2011, we were producing in only four countries in Central Eastern Europe, and the focus was on single documentaries and local adaptations of international scripted formats. Within a few years we were developing and producing our own locally created series and expanding our original production footprint to the Nordics, Spain and more recently France. Now, with the new, combined service set to launch, it’s time for me to bring my executive career to a close and pass the baton onto others.”

Root started his career in the theatre before joining the BBC where he worked on numerous drama series. From there he moved to ITV and subsequently to Working Title Television in 1989, before being appointed Head of Drama at Thames Television. In 1996 Antony joined Granada Television as Head of Drama and in 1998 became the first Granada executive tasked with developing and producing drama programming for broadcasters outside the UK. As Head of International Drama, he oversaw three movies for A&E in the US, progressing to President of Granada Entertainment USA in Los Angeles. In 2005 Antony returned to the UK to take up the position of Senior Vice President, European Production, for Sony Pictures Television.

Root added: “I have been extremely fortunate to enjoy a long executive career in our industry but I am now eager to move on to the next phase of my life. I plan to pursue a range of different interests some educational, some professional and some personal. I’d like to thank Priya and all the senior managers I have worked with, including Linda Jensen and Herve Payan from my time at HBO Europe, for their unwavering support as we built one of the top commissioning and original production groups in Europe. I must also thank the amazingly talented group of individuals in twelve territories who have travelled with me on this amazing journey. Their creativity and commitment have been inspiring and their work exceptional. I wish each and every one of them huge success for the future. I will miss them all.”