We Are Not Alone on The Roku Channel in US 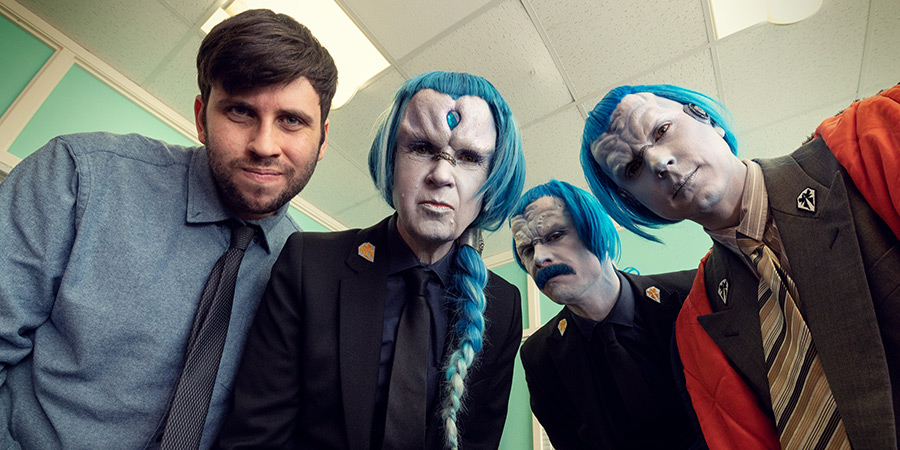 Roku has announced that The Roku Channel will premiere the Roku Original sci-fi comedy We Are Not Alone on January 27th.

Written by Laurence Rickard and Ben Willbond (co-creators and stars of Ghosts), the feature-length comedy is set six weeks after the Gu’un aliens have invaded and completely conquered Earth. We Are Not Alone explores the culture clash between humankind and its new masters, who are trying to make sense of a planet so confusing and idiotic that its inhabitants can’t even agree which side of the road to drive on. Cast members include Declan Baxter, Joe Thomas, Vicki Pepperdine, Mike Wozniak, Georgia May Foote, Amanda Abbington and Bruce Mackinnon.

The film was commissioned by UKTV and first premiered in the UK on Dave in November 2022. The Roku Channel will exclusively bring the sci-fi comedy to US audiences as a Roku Original.

Colin Davis, Head of Scripted Originals, Roku, commented: “It has become increasingly clear that comedy has no borders, and We Are Not Alone is truly out-of-this-world. We are excited to bring this hilarious show from world class creators and producers to the US audiences on The Roku Channel.”

Kelly Miller, SVP, global partnerships, BBC Studios, added: “BBC Studios is a leader in bringing fresh scripted projects stateside to an audience hungry for our brand of British comedy. We Are Not Alone is BBC Studios’ first co-production deal with an AVoD and our first deal with The Roku Channel for an original series, leaning into our approach to meet customers on emerging platforms where there is a growing demand for content.”