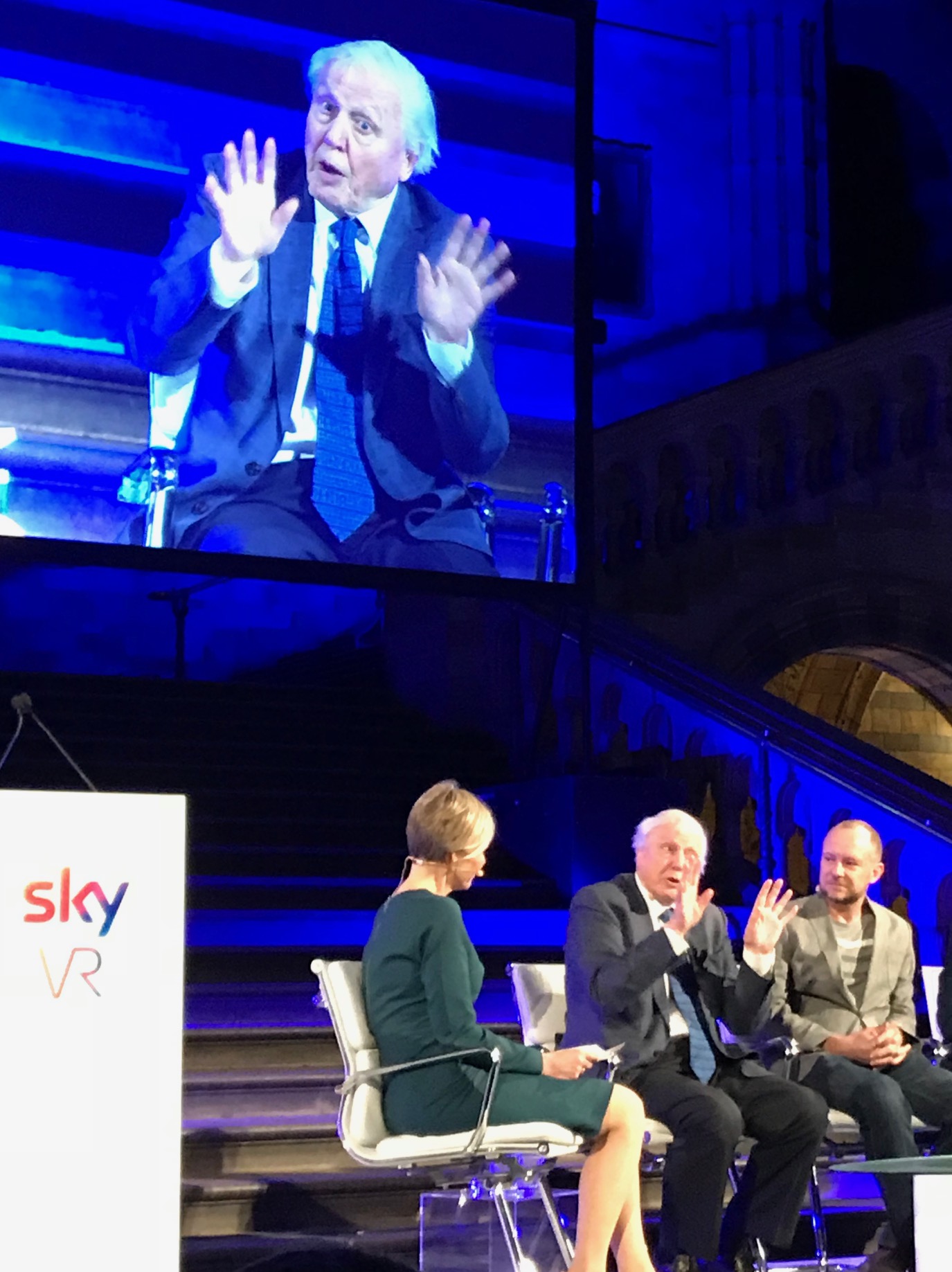 The interactive experience instantly transports the viewer from the comfort of their own home to London’s Natural History Museum – where a launch event for the project was held – where they can get their hands on rare specimens from its collection as they go behind the scenes to explore areas usually closed to the public.

Attenborough, who was filmed by more than 100 cameras and digitally recreated as a 3D hologram for the experience, acts as a private guide, imparting his expert knowledge on a series of rare artefacts and objects from the museum’s collection, including a blue whale, a stegosaurus, a trilobite, a dragonfly, a butterfly and a pterosaur. People will be able to look at these ancient and delicate objects in a level of detail that has only been made possible through the technology of VR. They can virtually pick up, hold, enlarge and expand the rare objects, giving them unparalleled access to explore and understand some of the world’s rarest natural history specimens.

Attenborough said: ”Sharing my passion for the natural world is something I have done for many years through different technologies, from the days of black-and-white TV to colour, HD, 3D, 4K and now virtual reality. Hold the World is an extraordinary next step in how we can communicate and educate people about experiences they wouldn’t usually have access to in the real world. I am delighted about what users can learn and discover from the Natural History Museum’s treasures in this new VR experience – it really is one of the most convincing and bewitching experiences that the world of technology has yet produced.”

Hold the World marks the next phase in Sky’s VR development, as it is the first fully interactive production from Sky, using a combination of interactive video game and TV documentary technology. It will be available to Sky customers this spring when the Sky VR app relaunches as part of our customer loyalty programme, Sky VIP.

Commissioned by the Sky VR Studio, Hold the World was produced by immersive content studio Factory 42, in association with Dream Reality Interactive and Talesmith and through collaboration with the Natural History Museum’s digital team. Creature animation was produced by The Mill. The experience was directed by Dan Smith (Factory 42), and executive produced by John Cassy (Factory 42) and Neil Graham (Sky).

Gary Davey, Sky’s MD of content, added: “Sky is all about combining innovative technology with world-class entertainment and Hold the World is the epitome of this. It gives people unprecedented access to precious objects and specimens from the phenomenal blue whale to the impressive stegosaurus, with leading nature expert Sir David Attenborough as their guide – a ground-breaking, out-of-this-world experience and a new way we can all engage and learn from the world around us.”

John Cassy, Factory 42 CEO and executive producer of Hold the World, commented: “Having the opportunity to create a unique interactive experience with Sir David Attenborough – no less – has been a privilege. Sky has always had an impressive commitment to innovation and we hope Hold the World gives their customers a priceless opportunity – the chance to have a one-on-one tutorial about the natural world from Sir David himself!”

The relaunch of the Sky VR app will also see a new piece of VR content released each month. Highlights to come include:
– Bringing football fans closer to the action in places they don’t normally have access to.
– Photorealistic 3D holograms of Anthony Joshua in action, allowing viewers to experience like never before what it’s like to come face to face with the world champion.
– A range of Sky Original Production scripted content, from the opportunity to delve behind the scenes of Britannia, to a fully narrative story for the smash-hit Italian drama Gomorrah, which was especially written for VR.