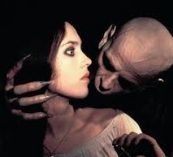 FilmStruck’s launch in the international marketplace will leverage the strength of assets at both companies, bringing together a broad and diverse movie catalogue as well as long-standing expertise in programming and curation. The service will draw primarily on the extensive Warner Bros library and the Criterion Collection library, as well as other global and local content partners.

The UK is the joint venture’s initial launch market in what is planned as a multi-market roll out over the next two years.

The UK service will launch in association with iconic cinema brand Curzon as FilmStruck Curzon and will feature a branded Curzon area within the service curated in collaboration with Curzon. including access to titles from the Curzon Artificial Eye film library. The agreement with Curzon also includes opportunities to leverage its established market position, experience, consumer base and cinema operations and to launch additional Curzon branded cinema services in other markets.

“We’re thrilled to take this significant step together as a joint venture with Warner Bros. Digital Networks, after many years of growing collaboration across various other projects with Warner Bros as a whole,” commented Aksel van der Wal, Executive Vice President, DV&I. “FilmStruck helps us realise a shared vision for what we see as a clear gap in the market for film lovers around the world. We’re also delighted to be working with a partner of Curzon’s heritage and prestige.”

“It is tremendously exciting to see FilmStruck Curzon launching in UK. We look forward to collaborating on the curation of the site and introducing this excellent service to our customers across the Curzon group. Our shared vision with Turner and Warner Bros. Digital teams has enormous potential. Curzon is thrilled to be joining at this early stage and see this collaboration as a further marker in our commitment to premium consumer services in the UK and internationally,” said Philip Mordecai, Director of Digital Ventures, Curzon.

The international expansion of Turner’s SVoD service FilmStruck marks Turner’s growing activity in the SVoD space outside of the US, and is its first SVoD service in the general entertainment space. Turner International now offers three international SVoD brands, with EI Plus in Brazil and the recently launched Nordics brand Toonix respectively providing sports and kids & family OTT products.

The addition of FilmStruck to its international portfolio of brands is also part of Turner’s wider strategy to do more in the OTT space and expand its options to create fan-centric experiences that engage new audiences.

FilmStruck Curzon is expected to roll out in the UK in the coming weeks and will be available on demand on most phones and tablets, online and on TV via streaming devices, with more devices to be added.