Netflix cuts back on smoking 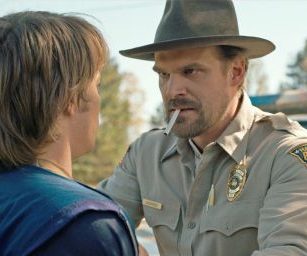 Netflix has vowed to cut back on how often smoking is shown in its original content after a report by US-based anti-smoking group Truth Initiative said tobacco imagery was increasing on small screens and that depictions were much more common on streaming services than on cable television.

Netflix said that smoking in programmes aimed at younger people will only be allowed for “reasons of historical or factual accuracy” henceforth.

In other shows it will only be shown if “it’s essential to the creative vision of the artist or character-defining”.

Netflix said it “strongly supports artistic expression [but] also recognises that smoking is harmful and when portrayed positively on screen can adversely influence young people.”

The Truth Initiative’s report found that hit sci-fi drama Stranger Things had 182 instances of smoking in its first season and 262 in the second, while prison drama Orange Is The New Black had 45 tobacco depictions in its 2015-16 season and 233 in the following season.

The group said: “While smoking in TV programmes has not been studied as extensively as tobacco imagery in movies, it is reasonable to conclude a similar harmful impact is possible. The popularity of streaming combined with the pervasive rise of smoking in episodic content points to an emerging threat to a new generation.”