For three years, Russian TV broadcasters have been unsuccessfully accusing Infomir LLC of piracy in the US. The New York District Court has now sided with the smart set-top box manufacturer at a court session.

The scandal involves a group of Russian broadcasters, among which are Channel One Russia, CTC, New Channel, and TV Rain.

The main evidence is the affidavit of Christopher Vidulich, the applicant’s associate lawyer. He discovered a source of unauthorised IPTV stream with the content of Channel One Russia, which allegedly had a domain address associated with Infomir. Three years later, experts from both parties concluded that Vidulich was mistaken and that the Infomir domain was not the source of the video.

The court took into account the new evidence and on September 26th ordered Channel One Russia Worldwide to reimburse Infomir for litigation costs. The case examiner was Barbara Moses, a federal magistrate judge for the Southern District of New York.

The proceedings are ongoing. The broadcasters insist that Infomir LLC manufactures and sells IPTV set-top boxes that are capable of playing content from Channel One Russia without authorisation. 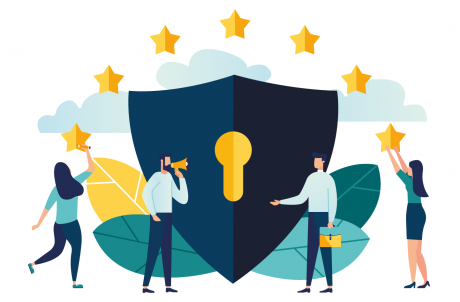 Infomir is a Ukrainian manufacturer of set-top boxes and software for IPTV/OTT providers. Some 4,500 projects have been launched in 151 countries using its hardware and software. Infomir’s representative offices and logistics centers operate across Switzerland, Germany, the United Arab Emirates, Estonia, and the US.