LaLigaTV, the UK’s first dedicated channel showing all live matches and 24/7 content from LaLiga, is now available on Sky, and will launch on Virgin Media’s TV platform on January 16th. 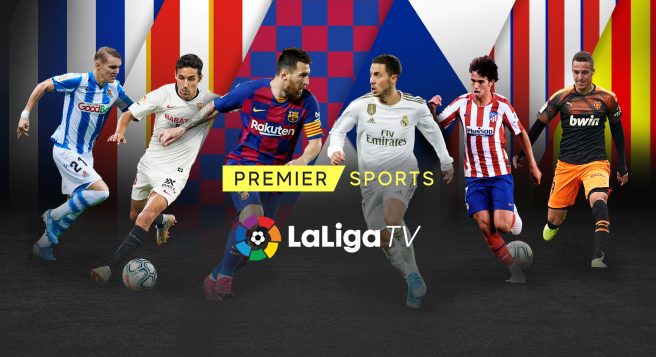 Offering “All of La Liga, All in one place”, LaLigaTV will show every available live game from La Liga for the first time in the UK, as well as daily studio shows, expert analysis, features, documentaries and more.

David Bouchier, Chief Digital Entertainment Officer at Virgin Media, said: “The addition of LaLigaTV to our football line-up will give customers access to some of the best talent and matches from one of the most popular leagues in the world. Our customers can now watch more football than ever which is why Virgin TV remains the home of televised football.”

Richard Sweeney, CEO at Premier Sports, added “We are delighted to launch LaLigaTV on Virgin TV as part of the Premier Sports bundle giving our customers even more incredible value. Premier Sports has built up a loyal following of football fans and we’re thrilled to bring the dedicated 24/7 channel of top-flight Spanish football to Virgin TV customers.”

Arqiva will provide uplinking and satellite capacity to deliver the LaLigaTV HD channel. Content will be received at Arqiva’s teleport at Chalfont before being delivered to another teleport at Crawley for uplink to the Sky platform. The deal marks the latest milestone in a long-standing relationship between the two companies, which began with the launch of the FreeSports channel in 2017.

Alex Pannell, Commercial Director, Video & Data, Media Networks at Arqiva, said: “Delivering HD channels to the Sky platform is a particular expertise of ours so we’re delighted that we can support Premier Sports with its next phase of growth. Having supported Premier Sports’ high value channels for a number of years we are excited to see where the launch of LaLiga TV HD can take the brand. Enhancing the viewing experience and expanding channel coverage is always front of mind for our customers, and we pride ourselves on helping them achieve this by ensuring service excellence and extensive client support.”