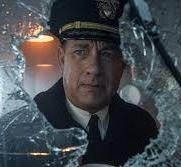 The movie was originally scheduled for a June 21st premiere by Sony Pictures, but with cinemas still shuttered around the globe, Apple has reportedly paid Sony $70 million for 15 years of streaming rights to the film. Sony retains the right to distribute the movie in China, where it could yet see a theatrical release.

The deal was approved by Hanks himself, as this is the first time that one of his movies has gone straight to streaming. In the movie, Hanks play George Krause, a career officer given command of a Navy battleship named Greyhound during the Battle of the Atlantic.

Apple has not yet set a release date for the film, but the expectation is that it will be close to the originally planned release date.