Huawei 5G tech must be stripped from UK by 2027 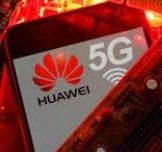 Digital Secretary Oliver Dowden, has told the House of Commons the UK’s mobile providers will be banned from buying new Huawei 5G equipment from December 31st, and they must remove all of the Chinese firm’s 5G kit from their networks by 2027.

It follows sanctions imposed by Washington, which claims the firm poses a national security threat – something Huawei denies.

The government acknowledged the move would delay the roll-out of 5G in the UK by anything up to three years, and increase costs by up to £2 billion. “This has not been an easy decision, but it is the right one for the UK telecoms networks, for our national security and our economy, both now and indeed in the long run,” Dowden said.

Because the US sanctions only affect future equipment, the government does not believe there is a security justification for removing 2G, 3G and 4G equipment supplied by Huawei.

Huawei said the move was: “Bad news for anyone in the UK with a mobile phone” and threatened to “move Britain into the digital slow lane, push up bills and deepen the digital divide”.

According to Paolo Pescatore, TMT analyst at PP Foresight, the decision will be a huge blow to Huawei and a major headache for most, if not all of the telcos. “While there are other network vendors who could pick up the pieces, it is unclear whether they are up to the task,” he suggests. “Established rivals like Ericsson and Nokia have been struggling and there’s a resurgence of players like Samsung Networks and Japanese players Fujitsu, NEC. Smaller, fast growing and niche solution providers like Mavenir will all be keen to secure new business,” he predicts.

“In essence, this will have a negative impact on 5G rollout,” he says. “However, 5G remains in its infancy and the technology has yet to achieve its full potential. A long road awaits. The business model for 5G remains unproven. Telcos are wary given the need to balance to invest while margins are being squeezed.”

Pescatore wonders who will fork out for the additional costs and disruption in any service issues that might arise. “Hopefully, not the users,” he says, accepting that ultimately, any additional costs tend to be passed onto the user, more so at a time when margins are already squeezed and all players are seeing the economic impact from the pandemic. “All eyes now are on the next set of quarterly results,” he suggests, warning observers to expect further backlash and ongoing debates, given the geo-political battle between China and the West.

Andrew Glover, Chair of the Internet Services Providers’ Association (ISPA UK), the voice of the UK Internet industry, said the Government’s announcement provides some “welcome clarity” to its members who are rolling out networks and providing broadband to consumers and businesses across the UK. “We look forward to further consultation with Government to determine the policy for fixed networks with a clear focus on ensuring that our members can roll out new gigabit-capable networks at pace. As the Secretary of State emphasised today, supply chain interventions have a direct impact on the speed at which networks can be rolled out, so any new restrictions need to be counter-balanced with an appropriate level of support for the sector.”

“The Government has rightly made upgrading our digital communications infrastructure a priority, we now need to see a clear, ambitious plan from policymakers to help the companies that are leading this charge,” he declared.

“I’m pleased to see our partners in the United Kingdom take action to address the security concerns they have identified with allowing equipment from Huawei into 5G networks,” commented Federal Communications Commission Chairman Ajit Pai. “There is an overwhelming consensus that Huawei is in a position to exploit network vulnerabilities and compromise critical communications infrastructure for the benefit of the Chinese Communist Party. The United Kingdom has taken a necessary step to safeguard its national security as it builds out advanced networks.”