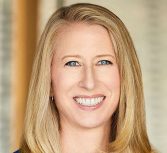 Comcast Corporation has confirmed that Sky Group CEO Jeremy Darroch will move from his current role to become Executive Chairman of Sky and Dana Strong will succeed him as Group CEO of Sky reporting to Comcast Chairman and CEO Brian L. Roberts.

Darroch is one of the longest-serving leaders of a major British company, having been CEO of Sky since 2007, and Group CFO since 2004. During that time, he has tripled the size of the business and led the transformation of the company into Europe’s largest multi-platform TV provider with nearly 24 million customers. Darroch has accelerated the development of award-winning technology and championed Sky’s broader contribution to the society and communities in which it operates, overseeing the expansion of its commitment to sport, UK, and European originated content, in-depth news, the arts, young people, and the environment.

Strong most recently served as President, Consumer Services for Comcast Cable, the largest broadband and TV provider in the US with nearly 33 million customer relationships. In this role, she was responsible for Comcast’s residential business and has led innovative new product and market launches in broadband, video, home security, and mobile. During her tenure, the company achieved record subscriber and broadband growth and the company’s highest levels of customer satisfaction.

With more than 25 years of international experience in global telecommunications and media in the UK and European markets, Strong was previously President and COO of Virgin Media in the UK, Chief Transformation Officer of Liberty Global as well as Chief Executive Officer of UPC Ireland and Chief Operating Officer of AUSTAR in Australia.

“I would like to thank Jeremy for his exceptional leadership of Sky and his partnership since we acquired the company,” said Roberts. “Sky’s values have been a perfect fit for ours and I credit Jeremy with building an incredible culture and executing the seamless integration with Comcast. He and his team have established a world-class brand and a strong, well-run business that will continue to flourish. Jeremy has been a terrific colleague to me and everyone at Sky, but I respect his decision and I am pleased that he’s agreed to stay on to help with the transition and advise the company.”

“I am delighted that Dana will be taking the helm at Sky,” Roberts continued. “She is an accomplished executive with an extraordinary ability to transform, inspire and drive positive change. She quickly made her mark on our US business, driving growth and innovation with an unwavering commitment to our customers. Her global experience and vision coupled with her leadership and track record at some of the largest media and telecommunications companies in the world make her the perfect leader for Sky.”

“It has been a privilege to lead Sky for 13 years, and an experience that I have looked forward to every day, so my decision to leave has not been easy,” admitted Darroch. “But with the business firmly settled into the wider Comcast Corporation and a strong plan in place, now is the right time. I feel incredibly lucky to have been surrounded by colleagues who care as deeply as I do about this business and our customers and work tirelessly every day to make their lives better. I would like to thank all of my colleagues at Sky and also Brian and the team at Comcast who I have thoroughly enjoyed working with. I have no doubt that Dana will take Sky into a new and exciting future. Her proven record for leading telecommunications and media businesses coupled with her experience in the US, UK, and Europe will be great assets to Sky and I look forward to working with her as she takes the reins.”

“There are few businesses that have the track record of Sky, and I am delighted to have the opportunity to lead the company,” added Strong. “I’ve always admired Sky’s innovation, brand and exceptional focus on the customer. I look forward to working with this incredible team to continue to grow the business and shape the next chapter for Sky.”