All three seasons of Wellington Paranormal will be available as a boxset from April 5th on Sky Comedy and NOW TV.

The series follows Officers Minogue and O’Leary who are invited to join the new Wellington Paranormal Unit of the Police when they unwittingly bring in a young woman possessed by the demon Bazu’aal; a demon who can jump from body to body and who is literally hell-bent on opening a portal to Hades in Cuba Street’s iconic Bucket Fountain. With the help of their Senior Sergeant Ruawai Maaka, they succeed in banishing the demon thanks to some quick googling and thus the Wellington Paranormal Unit is born.

For the rest of the series, the duo investigate a number of paranormal happenings, including alien invasions, werewolf squabbles, haunted houses and light-fingered vampires. 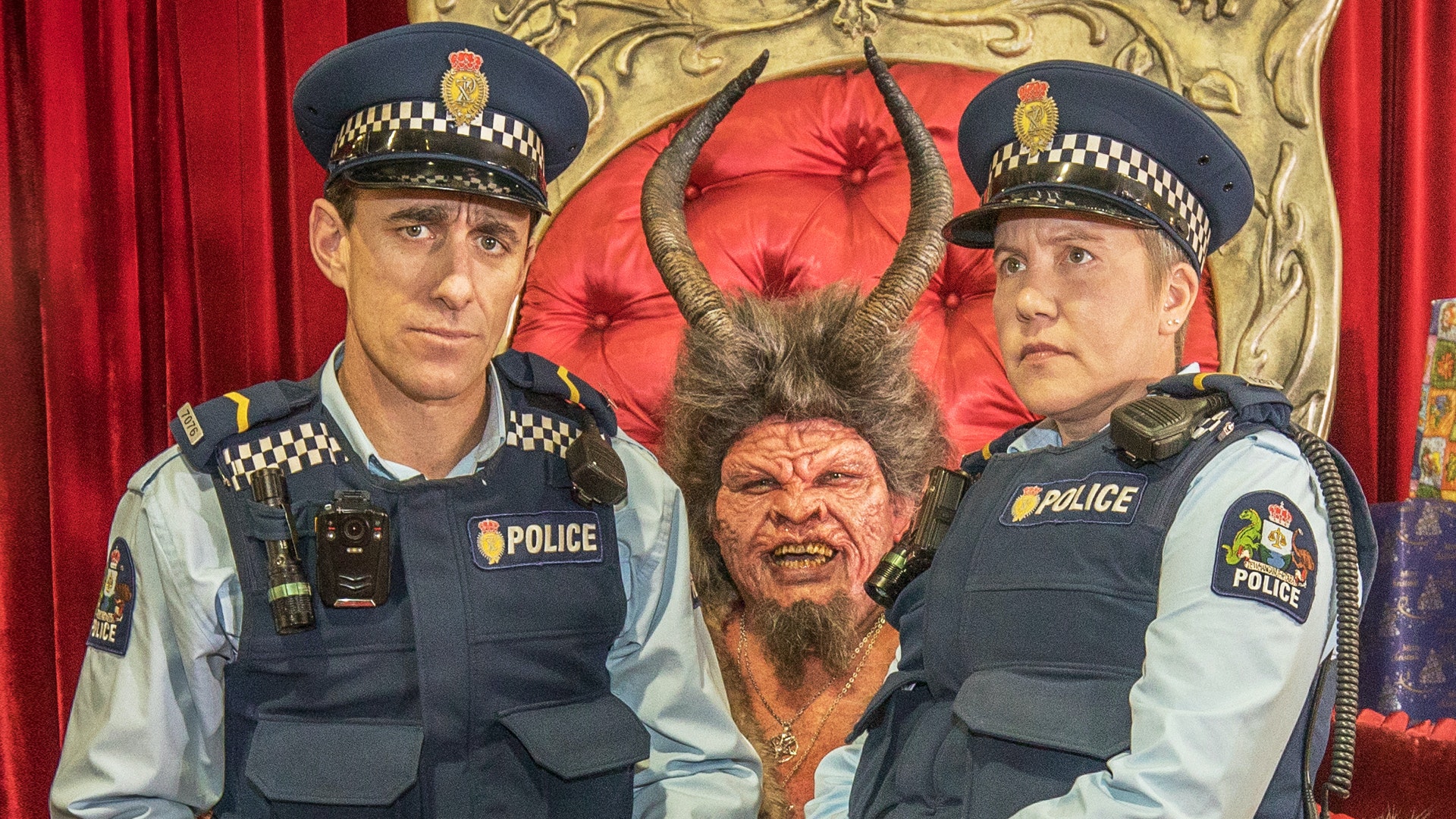 The series was directed, produced and script edited by Clement with the help of director Jackie Van Beek and executive produced by Waititi.