Philomena Cunk’s latest mockumentary series Cunk On Earth will see the return of pioneering documentary-maker Cunk on her most ambitious quest to date.

Made by Broke & Bones, Cunk On Earth will see Cunk (played by Diane Morgan) attempting to unlock the mystery of human civilisation and discover humankind’s greatest achievements across five episodes.

From virtually nothing, to virtual reality, she’ll tell the story of humnakind’s greatest inventions, like the wheel, creative masterpieces, like the Mona Lisa, and mind-blowing concepts, like enlightenment and nuclear power.

Along the way, Cunk will be asking experts hard-hitting questions about humanity’s progress. The series will examine cultures, science, art and ideas that have enriched the world as well as some of the people that produced and inspired them. It’s a journey through time from the stone age to the space age, and also the future age of tomorrow. 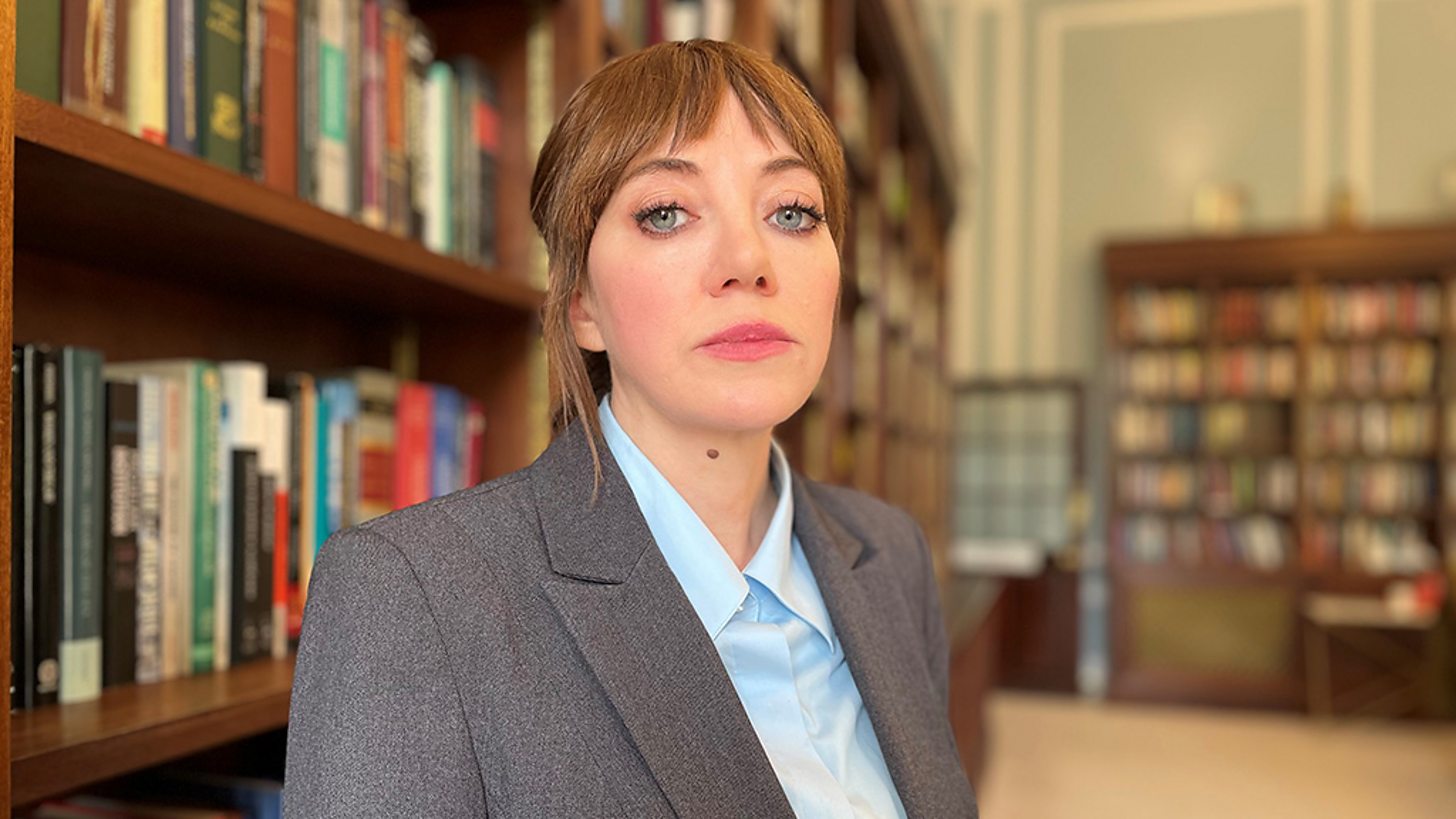 Cunk said: “This series it’s in my contract to go somewhere better than just Britain so I’m hoping I at least go to Italy as that seems a safe bet. I’m looking forward to getting out of the house and tracing humanity’s progress and also finding out exactly what a ‘civilisations’ is.”

Charlie Brooker, Creator, Writer and Executive Producer, added: “I am delighted to be working with Philomena again, even though she is a fictional character who, like me, has never experienced the emotion of ‘delight’ and has only a limited understanding of what constitutes ‘work’. In pursuit of nothing less than the definitive story of human civilisation, she’s going to visit every corner of the globe our budget and official pandemic travel restrictions will allow. Globes don’t have corners but you know what I mean. Diane Morgan is very funny. I have run out of things to say in this quote. Stop reading. Go away.”

Tanya Qureshi, Head of Comedy at the BBC, commented: “We couldn’t be more excited that Philomena Cunk is returning to the BBC. A huge thank you to her and the incredibly talented team at Broke & Bones for braving everything from Ancient Rome to the wilds of Silicon Valley in this fantastic new series. Who better to educate us all on the history of civilisation as we know it?”

Cunk On Earth will debut on BBC Two and BBC iPlayer later in 2022 and on Netflix outside of the UK and Ireland.

Cunk On Earth is a Broke & Bones production commissioned by BBC Comedy and written by Brooker, Ben Caudell, Jason Hazeley and Joel Morris with Additional Material by Eli Goldstone and Michael Odewale. The Executive Producers are Brooker, Annabel Jones and Ali Marlow and the Series Producer is Sam Ward. The Director is Christian Watt and the Commissioning Editor for the BBC is Tanya Qureshi.