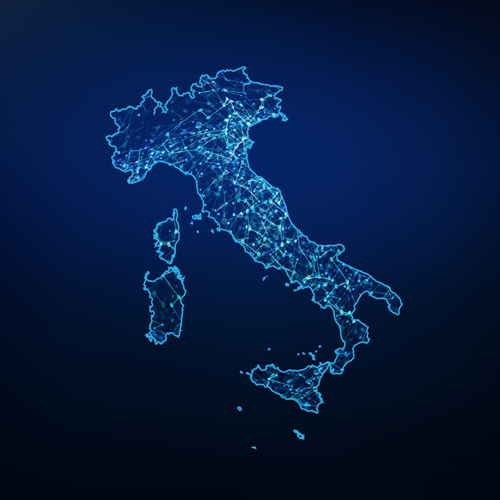 In a move designed to speed up digitalisation of Italy, dominant telco TIM, FiberCop and Open Fiber have signed a commercial agreement that allows for the reuse of the network infrastructures in what are termed the ‘white areas’, where the development of a TLC infrastructure under concession has been financed by public funding.

The agreement marks the start of a new phase in the relations between the main Italian infrastructure operators, and aims to ensure a more efficient use of resources, with a view to speeding up coverage for the country with VHCNs (Very High Capacity Network).

In the white areas – where Open Fiber has been awarded the three public tenders called by Infratel – the agreement establishes that Open Fiber shall purchase from FiberCop, for an equivalent-value of over €200 million, the IRU (Indefeasible Right of Use) for aerial infrastructures and access connections to the customer’s home. At the same time, TIM is committed to making Open Fiber’s optical fibre available to its customers in white areas. This will enable the activation on the Open Fiber network of at least 500 thousand customers asking to use FTTH (Fiber To The Home) technology.

This agreement will also allow Open Fiber to significantly speed up the phases of network construction (creation) and connection activation (delivery) in white areas, in line with the objectives of the business plan approved on December 3rd, which reserves a significant portion of available resources for concession areas. Greater efficiency in the use of infrastructures and the work factor means not only speeding up on cabling the country, where already envisaged, but also releasing resources to be allocated to the other development plans envisaged by the NRRP.

“I am proud of this agreement, which represents a further step forward in the execution of our asset enhancement strategy,” declared Pietro Labriola, TIM’s Chief Executive Officer and General Manager. “Through this transaction, we create a new source of revenue, generating value for the Group and its shareholders. The deal also provides a concrete response to the need for connectivity of citizens, businesses, and local administrations that to date have not had access to the opportunities and benefits offered by digital technology. Furthermore, this partnership shows just how important it is to have open, collaborative dialogue with the other operators, in a market that is increasingly competitive and strategic for the country.”

“We are very happy with the agreement reached, which opens up a new page of constructive collaboration in our mutual interests and those of the country,” added Mario Rossetti, Open Fiber’s Chief Executive Officer and General Manager. “The agreement is, in fact, even more significant in the current context of scarcity of labour and increased commodity prices; making investments quicker and more efficient is therefore not only rational but also necessary. The white areas, in particular, are a focal point for us, on which the company’s business is concentrated, considering the major social-economic impacts deriving from the reduction of the digital divide in internal areas, through implementing the UBB Plan.”