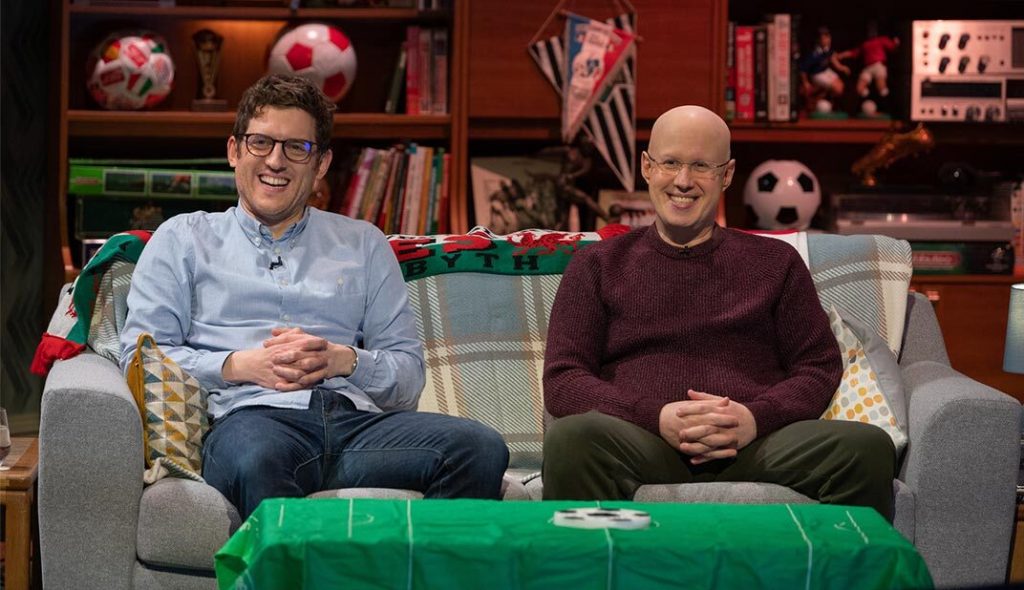 As the 2022 summer transfer window closes, Sky has confirmed the all-new line up joining hosts Matt Lucas and Elis James on the Fantasy Football League sofa each week. Across the 16-episode series, comedian and football fanatic Andrew Mensah will be joining Matt and Elis, overseeing the celebrity league and sharing weekly comedy highlights from the world of football.

Each week, a pair of celebrity guest managers will join to chat about the week in football and share their fantasy teams from the digital dugout.

Fantasy Football League aims to delight fans old and new as it honours the format of the cult original series, with Matt and Elis combing over the week’s news for hilarious clips and anecdotes, as well as the return of the much-loved Phoenix from The Flames segment – where a famous moment from footballing history will be recreated with some very well-known faces.