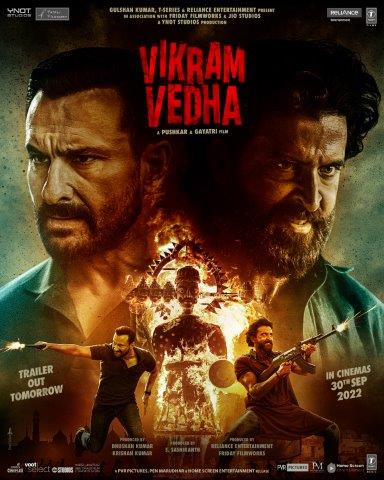 The Madras High Court has ordered the blocking of over 13,000 websites to prevent piracy of highly-anticipated movie Vikram Vedha, released September 30th. The interim injunction was passed in a suit filed by Reliance Entertainment Studio Pvt Ltd.

The Bench restrained the respondents from infringing Copyright in the movie to prevent transmission, communication, display and exhibition of the movie and ordered that “for this purpose, if blocking of websites/web pages set out in Schedule-A to judge’s summons becomes necessary, the same shall be done by all concerned”.

The Court has also ordered restraining the respondents from recording, reproducing or allowing camcording or allowing others to transmit, communicate or make available or distributing or duplicating or displaying or releasing or showing or uploading or downloading or exhibiting or playing and/or in any manner whatsoever from communicating the movie without a proper license, including through CD, DVD, Blu-ray disc, VCD, Cable TV, Direct to home services, internet services, multimedia messaging services, pen drives, hard drives, tapes, DAS, Satellite, Conditional Access Systems.

The Court found that if the interim order is not granted, it can result in the piracy being completed in all aspects of the matter and it will lead to an irreversible situation causing irreparable legal injury incapable of compensation.

The interim injunction has been granted for a period of six weeks. The order is also against unidentified websites that may be found to be participating in piracy of the film.