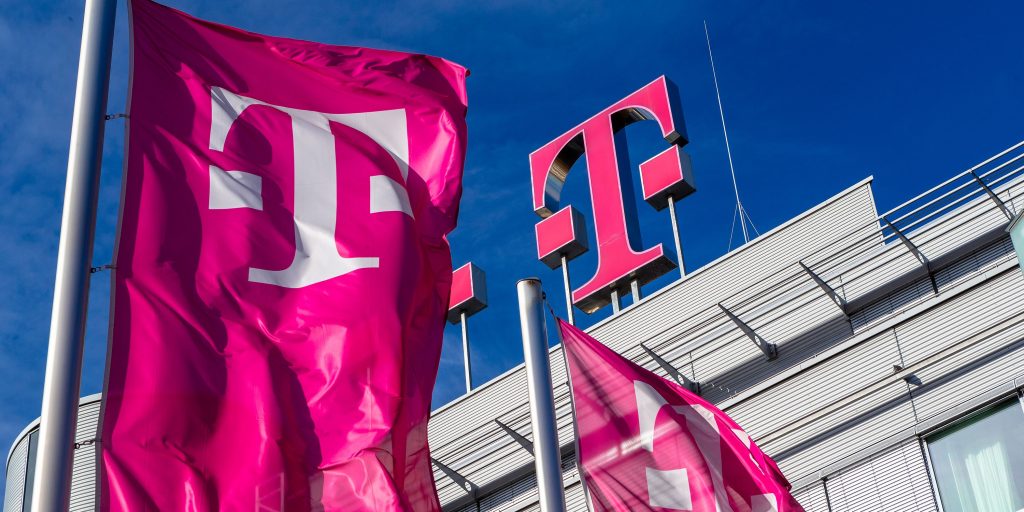 Deutsche Telekom continues its stable growth course. Net revenue at the German telco increased by 8.8 per cent year-on-year in the third quarter of 2022 to €29 billion. Even higher was the growth in service revenues, which increased by 12.5 per cent to €23.6 billion. Adjusted EBITDA AL increased by 8.5 per cent in the same period to €10.5 billion. “We are once again proving to be an anchor of stability in difficult times,” said Tim Höttges, Chairman of the Board of Management of Deutsche Telekom. “Our businesses continue to grow. That puts us in a position to raise not only our guidance – for the third time this year – but also our dividend.”Free cash flow AL was down slightly year-on-year in the third quarter at €2.9 billion. During the same period, capital expenditure of the Group excluding expenses for mobile spectrum totaled €5.6 billion worldwide, an increase of €28 percent against the prior-year period.

At €1.6 billion, net profit was up 77.5 per cent on the prior-year quarter. Adjusted for special factors, net profit even increased by 83.6 per cent to €2.4 billion.For the third time in the current financial year, as aforementioned, Deutsche Telekom has raised its guidance. In organic terms, adjusted EBITDA AL is now expected to come in at more than €37 billion, up from the previous guidance of around €37 billion. Adjusted core EBITDA AL, i.e., adjusted for the effects of the withdrawal from the terminal equipment lease business in the US, is now expected to total more than €35.9 billion, up from previously around €35.9 billion. Adjusted earnings per share are now expected to reach more than €1.50. The original guidance was over €1.25.Germany: New rate plans accelerate growth
Telekom Deutschland’s new mobile rate plans are off to a successful start. The branded contract customer base grew by 368,000 in the third quarter, with the new rate plans also contributing to the substantially stronger growth against the prior quarters. Mobile service revenues at Telekom Deutschland increased in the same period by 2 per cent year-on-year.Telekom Deutschland’s broadband customer base grew by 63,000 between July and September. Around 80 per cent of Telekom’s broadband consumers in Germany now use a fibre-optic-based line (FTTC/vectoring and FTTH). Around 40 per cent of the customers have since subscribed to a rate plan offering bandwidths of up to 100 Mbit/s or higher.Revenue in the Germany operating segment increased to €6.1 billion in the third quarter of 2022, up by 2.8 per cent against the prior-year period. Growth in adjusted EBITDA AL in the same period was even stronger: up 3 per cent to €2.5 billion.T-Mobile USA: Customer additions at a record high
With 1.6 million new postpaid customers in the third quarter of 2022, including 854,000 phone customers, T-Mobile US reached record levels and once again posted industry-leading growth. High Speed Internet, i.e., the US company’s mobile internet access product, is also driving further rapid growth. In the third quarter alone, 578,000 customers opted for this offering. A total of over 2.1 million customers are now using the product.Service revenues at T-Mobile US increased by 4.2 per cent in the third quarter compared with the same quarter of the prior year to $15.3 billion. Adjusted EBITDA AL declined by 0.9 per cent to $6.7 billion.

T-Mobile US reported a decrease of around 22 per cent in the costs incurred for the integration of Sprint against the second quarter of 2022. This indicates that the costs have passed their peak. T-Mobile US raised its guidance across several financial and customer performance indicators. It now expects to unlock synergies from the Sprint merger of between $5.7 and $5.8 billion in the current year, up from a previous guidance range of $5.4 to $5.6 billion.Europe: Development of customer numbers on track
Revenue of the national companies in Europe continues to grow strongly. The organic growth in the third quarter of 5.5 per cent was particularly marked. By contrast, growth in adjusted EBITDA AL of 0.5 per cent in organic terms was down year-on-year, slowed primarily by the new supplementary telecommunication tax imposed in Hungary and by rising energy costs.Customer numbers continue to grow at a fast rate. Figures were up compared with the previous quarters across the board, with 251,000 mobile contract net additions, 76,000 broadband net additions, and 32,000 TV net additions. The number of customers using fixed-mobile convergence products also maintained its stable growth trend, increasing by 173,000 in the third quarter.Systems Solutions: Order entry up
T-Systems looks back on a good quarter. Order entry totaled €0.9 billion, up 17 per cent on the same quarter in the prior year, thanks in a large part to a major new deal in the healthcare sector. Revenue remained stable, increasing 0.4 per cent to €0.9 billion on an organic basis.