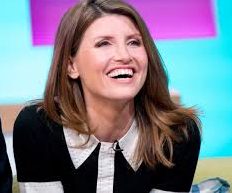 “Sharon Horgan is one of the sharpest and most engaging actresses, writers, and directors working in television today. We are thrilled she is expanding her collaboration with us at Amazon to create new ground-breaking content,” said Sharon Tal Yguado, Head of Scripted Series, Amazon Studios. “Her strong creative voice and storytelling sensibility have resonated with audiences globally and will make for outstanding shows for our Prime members.”