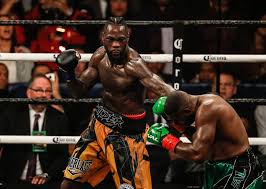 Sky Sports will broadcast 16 fight nights a year live and exclusive from the US as part of a new deal with long-term partners Matchroom Boxing.

The new agreement means that, in addition to the best of British boxing, Sky Sports viewers can watch fights from some of the biggest names in boxing from some of the most iconic venues across the US. Fight nights will be scheduled to begin at 6pm US time, meaning the action will kick off at 11pm in the UK when fights are held on the East Coast. Up to six fights will be scheduled on every bill.

Head of Sky Sports Boxing, Adam Smith said: “The new deal is hugely exciting and offers customers an even bigger schedule of boxing. British boxing is in a really strong place right now, thanks to the emergence of stars like Anthony Joshua and Katie Taylor. With Sky Sports now showing more big name fights from America, the sport will only grow further and encourage the best head-to-head clashes worldwide.”

Managing Director of Matchroom, Eddie Hearn added: “This is an historic moment for Matchroom and the world of boxing. This is fantastic news for UK fight fans on Sky Sports. Not only will you have the huge UK fight nights, you will now have 16 monsters from the US to get your teeth into. We have been looking at the US market for some time but we needed a platform that would give us a huge volume of dates and a war chest to build an unrivalled stable within the sport. This will be a platform built by fans for fans from the fights, to the production and presentation team to the build-up.”