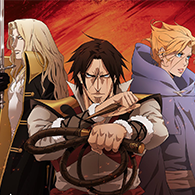 As part of its panel at Anime Expo, Netflix has announced two new anime (Japanese animation) series, along with the renewal of popular series Aggretsuko for a second season, as well as date announcements and first look images for upcoming titles in their growing anime slate, including the following:

Following the announcements, Netflix Director of Content for Japan & Anime John Derderian, said: “As Netflix has grown around the world we have been astounded by the broad reach and great depth of anime fandom. We are partnering with the best global creators to produce a diverse slate of shows that we hope will excite the boundless passion of anime fans and make Netflix a premier destination for this beloved art form.”