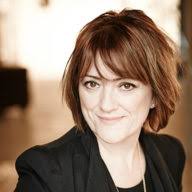 Dinnage joins from Discovery where she is Global President for Animal Planet. She previously worked as President of Discovery Networks UK and Ireland. She reportedly narrowly missed out on the role of chief executive at Channel 4 last year.

Dinnage commented: “I am excited at the prospect of taking on this fantastic role. The Premier League means so much to so many people. It represents the pinnacle of professional sport and the opportunity to lead such a dynamic and inspirational organisation is a great privilege. With the support of clubs and the team, I look forward to extending the success of the League for many years to come.”

Bruce Buck, chairman of Chelsea and the Premier League’s Nominations Committee, said: “We are very pleased to appoint such a capable leader to this important role. We had a very strong field, but Susanna was the outstanding choice given her track record in managing complex businesses through transformation and digital disruption. She is a leading figure in the broadcasting industry, a proven business executive and a great developer of people. She is ideally suited to the role and we are confident she will be able to take the Premier League on to new heights. Richard Scudamore, having provided exceptional stewardship for almost 20 years, will leave us at the end of the year in great shape and with an excellent Executive Team and Board able to fully support Susanna. With the support of clubs and the team, I look forward to extending the success of the League for many years to come.”

JB Perrette, President and CEO Discovery Networks International, said: “Susanna has been a terrific leader for Discovery over the last 10 years. She has a strong understanding of brands and running diverse media businesses both in the UK and more recently with Animal Planet globally.”

“She has been a fantastic team-mate for all of us at Discovery and we are delighted that she has been given this unique and ground-breaking opportunity to lead one of the world’s pre-eminent sports organisations.”

Scudamore has led the Premier League since 1999. He announced in June 2018 he would be stepping down from the role.

Dinnage will commence her role early in 2019 at a date to be agreed with her current employer, Discovery Inc.

Scudamore, the Executive Chairman, will relinquish his duties at the end of 2018.

The Premier League clubs have already agreed to split his role, with Dinnage becoming Chief Executive, and the search for a non-executive Chair will now commence.