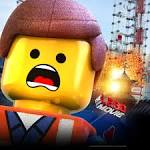 YouTube and Warner Bros Pictures have teamed to enable YouTube users to watch The Lego Movie for free during Black Friday on November 23rd. The promotion is to create hype for the sequel, The Lego Movie 2 — The Second Part, which launches in February 2019.

Users will have 24 hours to watch the 2014 film for free, and can access it via clicking on a trailer for The Lego Movie 2 and then clicking on a pop-up option to watch The Lego Movie. Since the movie is itself essentially the advertisement, it will play without commercials.