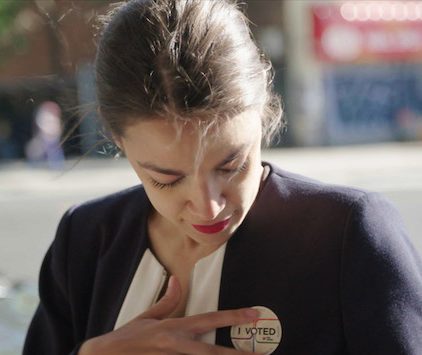 Netflix has acquired worldwide distribution rights to award-winning documentary Knock Down the House, which chronicles the campaigns of four female progressive candidates including Alexandria Ocasio-Cortez, against powerful incumbents in the 2018 midterm elections.

The Sundance Institute this wek announced Knock Down the House as the winner of the Festival Favorite Award, selected by audience votes from the 121 features screened at the 2019 Sundance Film Festival.

“We are thrilled to be partnering with Netflix on the release of Knock Down the House,” said director Rachel Lears, who also co-wrote the film in addition to producing. “This platform will allow us to reach huge audiences worldwide, including viewers who may not usually watch independent documentaries. We’re also very excited to be working with Netflix on a campaign to spark wider cultural conversations about our democracy and how it can continue to evolve.”

“It is a transcendent moment when skilled filmmakers are able to train their lens on a major transformation,” said Lisa Nishimura, VP of Original Documentaries for Netflix. “With intimacy and immediacy, Rachel Lears and Robin Blotnik, bring viewers to the front lines of a movement, as four women find their voice, their power and their purpose, allowing all of us to witness the promise of true democracy in action.”