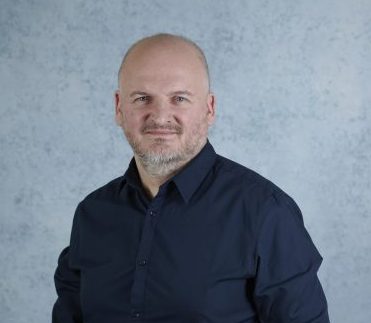 Darren Childs, who announced his intention to step down as CEO of multichannel programmer UKTV in February 2019, is to succeed Mark McCafferty as Chief Executive of Premiership Rugby, the top flight of the Union code in England.

McCafferty is to  become an advisor to CVC Capital Partners, the private equity firm that has partnered with Premiership Rugby to help grow the sport. Childs’ name had been mentioned in connection with the CEO vacancy at football’s English Premier League.

Drawing on his experience in the media sector, Childs will be leading the next stage of the development of Club Rugby. Throughout his career Childs has led organisations through significant growth and strategic transition, focusing in particular on expanding audiences and growing digital platforms. During his eight years as CEO, UKTV has increased its revenues by 66 per cent and almost tripled profits, and won a series of awards including an Emmy and numerous BAFTA nominations.

Ian Ritchie, Chairman of Premiership Rugby, said: “As the game evolves under new ownership, we are excited about the expertise and insight that Darren will bring from his experience leading fast-growing media businesses. The Board looks forward to working with Darren to further develop the Premiership Rugby brand, product, digital and media execution.”

“I am excited about the challenge that working in a new industry brings, especially one on the cusp of a transformation like Rugby,” commented Childs. “I have always admired the values Rugby demonstrates on the pitch and in the community and it will be a fantastic opportunity to work with the Clubs, and the Board to create even more fans of the sport. Premiership Rugby and European Professional Club Rugby are full of thrills and the future will certainly provide many more.”

“Gallagher Premiership Rugby has become a brilliant and captivating competition for our fans, as the closeness of this season fully demonstrates, and it does what we believe professional sport should always do – demand excellence, create intense rivalry but mutual respect, and inspire people of all ages to become part of it,” added McCafferty. “I am looking forward to ensuring an effective transition with Darren and to my continued involvement in rugby, working from a new vantage point alongside CVC.”