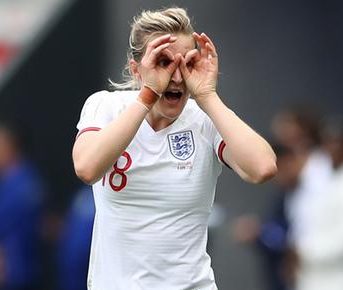 A record-breaking 7.6 million people tuned in to BBC One on June 27th to cheer on the Lionesses as they convincingly beat Norway by 3 goals to nil. The figures, based on people watching for five minutes or more, made it the UK’s most-watched women’s football game ever.

The number beats the previous best for a women’s game of 6.9 million for the June 23rd victory over Cameroon. On June 9th a peak of 6.1 million saw England beat Scotland 2-0.

The Lionesses will face USA in the semi-finals on July 2nd. The final will be played on July 7th.