Among the 215 million households in the sub-Saharan African region, around 102 million have access to television in 2018, according to figures from Dataxis.

Even though the penetration is progressing, reaching 42 per cent in 2018 up from 40 per cent in 2017, television still has a long way to go before being fully penetrated into sub-Saharan African homes. 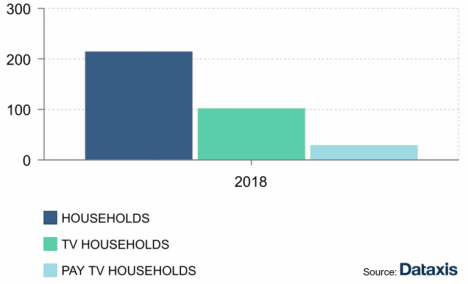