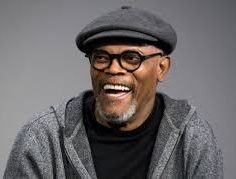 Amazon has announced that its AI virtual assistant Alexa will soon be able to communicate in the voice of celebrities – with Hollywood actor Samuel L Jackson being the first such confirmed option.

The feature will roll out in the US later this year, with each voice costing $0.99.

The company has also refreshed its range of Echo speakers, adding a larger high-end version with Dolby Atmos for ‘3D sound’.

Additionally. Amazon has also extended its Echo range into a selection of wearable tech for both humans and, for the first time, pets