Channel 4 will be the new home of Taskmaster, with a six series deal across three years agreed with Avalon. New episodes will arrive on Channel 4 and E4 from late 2020.

The game show hosted by Greg Davies as the ‘Taskmaster’, alongside Alex Horne as his assistant, sets out to test the wiles, wit and wisdom of five competitive celebrities through a series of strange and surreal challenges. It started as a live show at the Edinburgh Festival Fringe before being developed for television, initially with Channel 4. It was later commissioned by UKTV for Dave where it has aired for nine successful series.

Horne, the show’s creator, said: “We’ve had an amazing nine series on Dave and I’d like to thank UKTV for letting us do such ridiculous things for so long. Greg and I are looking forward to getting started on a new series for Channel 4 from next year. It seems like the right time to move to a channel with a broader audience and I can reassure people who like the show that it won’t be changing one bit and I’ll still be forced to do things no one should ever have to do.” 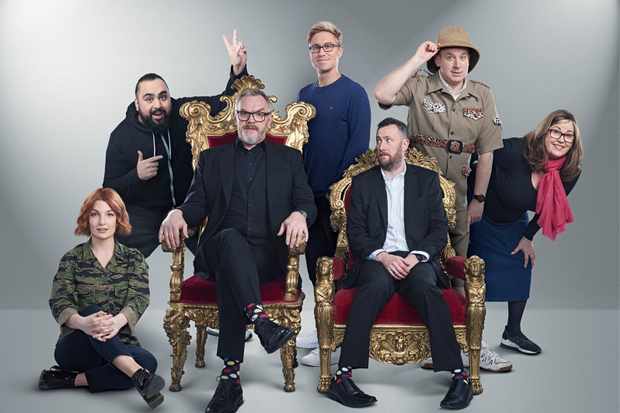 Davies said: “For the first time in our working relationship I agree with little Alex Horne.  The nine series on UKTV have been a joy and I would echo his thanks to all involved.  I do take issue with the notion that the show will remain exactly the same however as I have made it my personal mission to break his spirit.  I will remain even handed with contestants of course, but it really is going to get unpleasant for him.  Peace.”

Ian Katz, Channel 4 Director of Programmes, commented: “Taskmaster is anarchic, original and a brilliant springboard for new comic talent. It’s everything we look for in a Channel 4 show and like millions of others I’m a massive fan so I’m delighted it will soon be taking its place in our unrivalled slate of scripted and studio comedy.”