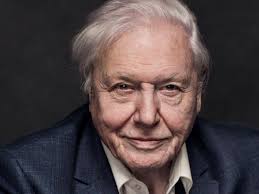 The BBC has announced that Sir David Attenborough is to present The Green Planet, a new five part landmark series from BBC Studios Natural History Unit.

The Green Planet will be “the first immersive portrayal of an unseen, inter-connected world, full of remarkable new behaviour, emotional stories and surprising heroes in the plant world. This is Planet Earth from the perspective of plants,” according to the BBC.

Attenborough said: “This is a wonderful opportunity to explore a neglected yet truly remarkable part of the natural world. Once again, the innovative approach of the BBC NHU and groundbreaking technology will reveal new and surprising wonders to the BBC One audience.”

Mike Gunton, Executive Producer, added: “This series will take viewers into a world beyond their imagination – see things no eye has ever seen. The world of plants is a mind-blowing parallel universe; one that we can now bring to life using a whole range of exciting new camera technology. This is Planet Earth for plants.”

Across the series, Attenborough will travel to the US, Costa Rica, Croatia and northern Europe, from deserts to mountains, from rainforests to the frozen north, to find new stories and a fresh understanding of how plants live their lives. He will meet the largest living things that have ever existed; trees that care for each other; and plants that breed so fast they could cover the planet in a matter of months.