Star Wars: The Rise of Skywalker will be in cinemas later week, and with legions of fans talking about the film on Twitter and Instagram, social analytics company ListenFirst analysed the social media interest around Star Wars and found that The Rise Of Skywalker is generating the most social media conversation for an upcoming Star Wars movie since The Force Awakens in 2015. 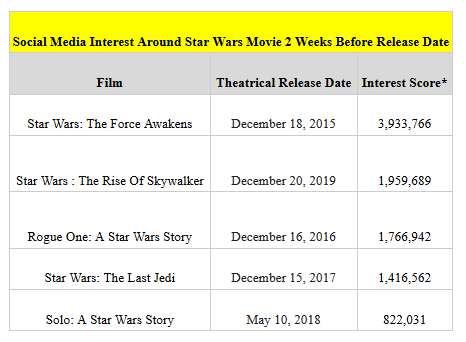 – Between November 1st to December 5th 2019, the top performing social media post by Star Wars wasn’t actually about the upcoming movie, it was aboutDisney+ series The Mandalorian. An Instagram Gallery showing ‘The Child’ (aka Baby Yoda) generated 748,622 Content Responses. In comparison, the top performing Star Wars social media post talking about Star Wars: The Rise of Skywalker was an Instagram image sharing a new movie poster, which received 604,903 content responses. 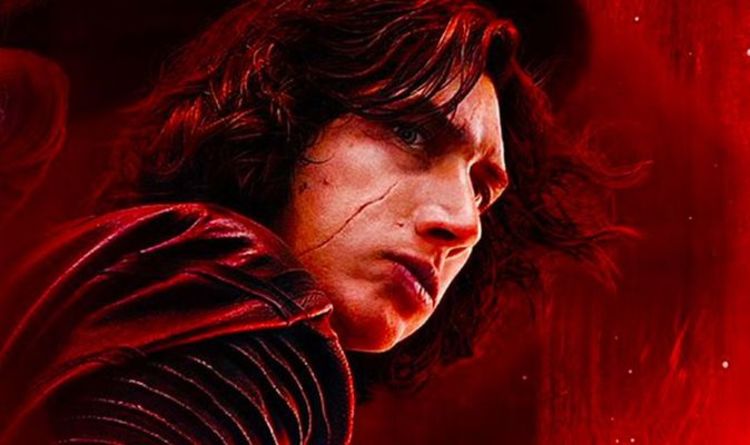 Tracy David, Chief Marketing Officer at ListenFirst, commented: “While it was initially unclear if the proximity of The Mandalorian to the release The Rise Of Skywalker would hurt or help the film’s prospects, social media engagement two weeks before a film’s release is traditionally a strong indication of box office performance and social media interest in Skywalker is high. For instance, even as The Mandalorian‘s Baby Yoda has become a beloved social media meme, The Rise Of Skywalker is generating the most social media conversation for an upcoming Star Wars movie since The Force Awakens in 2015. Just like with the interlocking Marvel movies, where one project helps build anticipation for the next one, the success of The Mandalorian is keeping Star Wars even more top-of-mind on social media ahead of the film’s opening weekend.”