Melissa Joan Hart, the US actress and director, perhaps best known for her roles in 90s sitcoms Sabrina The Teenage Witch and Clarissa Explains It All, was reunited with her Sabrina co-stars Beth Broderick and Jenna Leigh Green at Comic Con Liverpool, and the trio reminisced about their time together on the show.

During a Q&A panel, the conversation inevitably came to the new Sabrina series, The Chilling Adventures of Sabrina, which launched on Netflix in October 2018.

Joan Hart, Broderick (who played Aunt Zelda in the original series) and Leigh Green (who portrayed Sabrina’s rival Libby Chessler) all said they had watched at least some of the new series, and were eager to point out it was a very different show to the one they used to star in.

The trio revealed that before the show debuted, Netflix gave them a special preview screening. 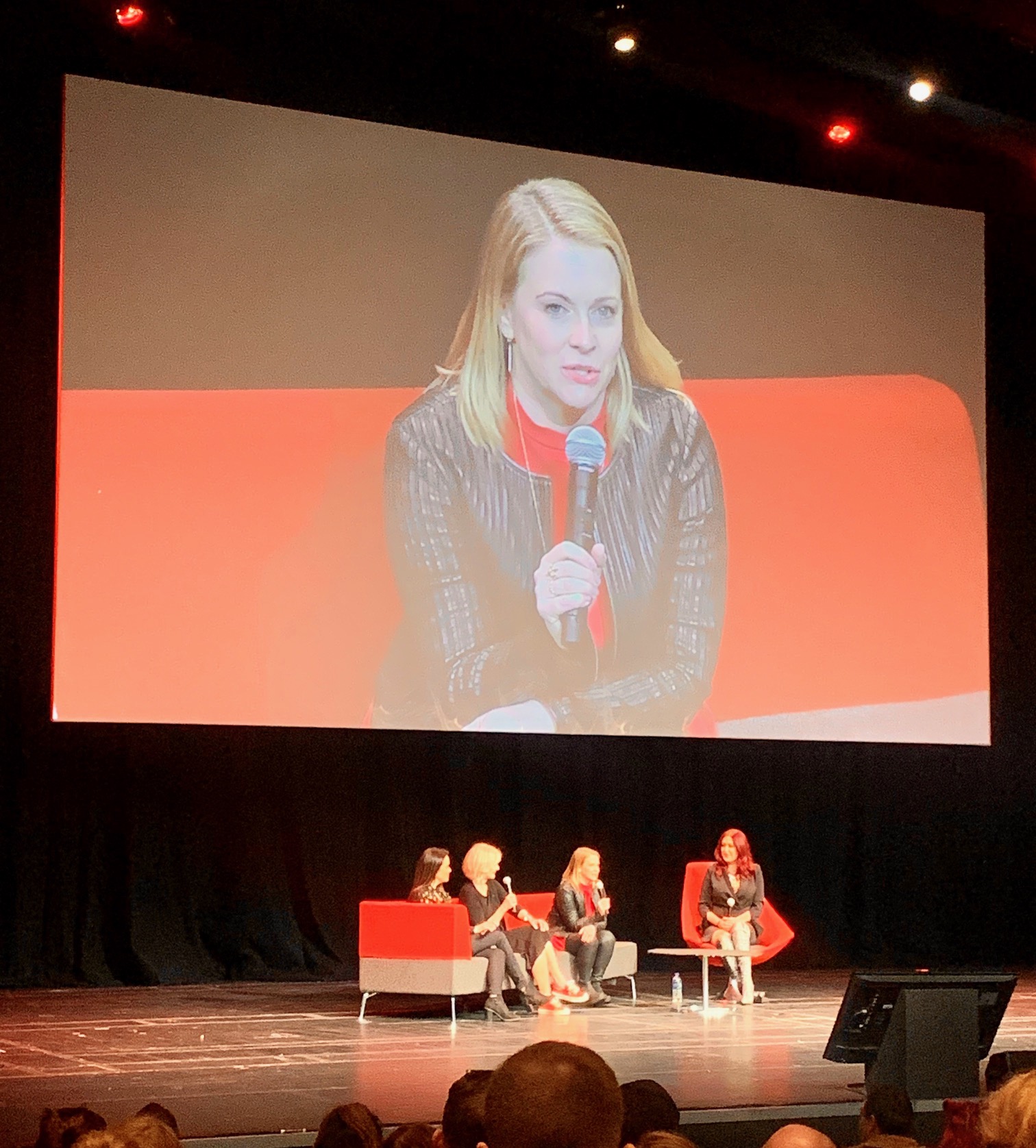 “Netflix flew us into LA,” explained Joan Hart. ” They said “will you come and watch some of the new show? And we will video tape you doing it [for a YouTube reaction video]” and I was like “no that sounds creepy [at first]”. But she said she eventually decided to go along with some of the other cast – and they were “shocked” at what they saw.

“It’s very dark,” commented Leigh Green. “[Ours] was very wholesome and family friendly. The new one is very different. We would have never got away with that.”

“It’s for a darker family,” added Broderick. “But we’re very glad it’s so different, because then you can’t really compare the two”.

“The new one is satanic and sexy,” added Joan Hart.

“But we wish them all the best,” Broderick said. “[The cast] are all sweet, fantastic human-beings and we want them all to do so well.”

When quizzed on if she would ever cameo in the new Sabrina series, Joan Hart replied: “I would only go if I directed [an episode]. That would make most sense.”