BT Sport will be replaying WrestleMania 36 in its entirety this weekend, and it will be available for all subscribers at no additional cost.

BT Sport is giving all WWE fans the chance to relive the year’s biggest wrestling event on April 11th and 12th.

The event, which was scheduled to take place inside the Raymond James Stadium in Tampa, Florida in front of some 80,000 fans, was instead broadcast live from the company’s performance centre in Orlando over 2 nights with no live audience at all.

Viewers can look forward to matches including The Undertaker vs AJ Styles in a first ever Boneyard match, Brock Lesnar defending his Universal Title against Drew McIntyre, Becky Lynch defending the RAw Women’s Championship against Shayna Baszler, and Edge’s first singles bout in 9 years against Randy Orton in a Last Man Stanging match. 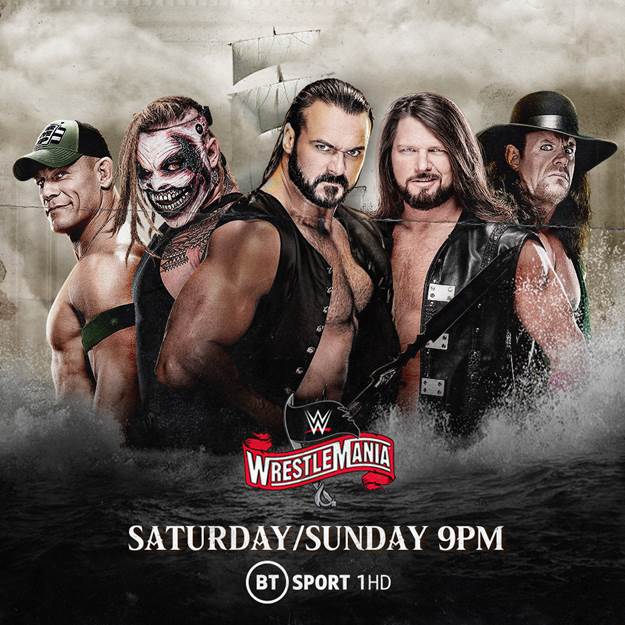 WWE fans can also enjoy programming throughout the bank holiday weekend including: