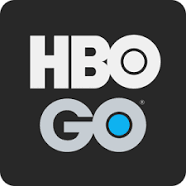 WarnerMedia Entertainment Networks & Sales has secured another four new partners in Taiwan for the distribution of HBO GO. Its regional streaming service is now available to subscribers of Kbro, TWM Broadband, CATV and Pingnan CATV.

“These partnerships are significant and build on our long-standing relationship with Kbro, one of the leading cable TV, broadband and media companies in Taiwan,” said Clement Schwebig, Managing Director of WarnerMedia Entertainment Networks & Sales, Southeast Asia, Pacific and China. “HBO fans in Taiwan now have yet more ways to access our award-winning content, anytime, anywhere. HBO GO provides an effortless way to stream and download TV series and movies – whether it’s the latest first-run blockbuster or HBO Asia Original.”

The news comes shortly after the announcement that WarnerMedia had also tied up with Kbro Media, a subsidiary of Kbro, on Workers. The series is from the team behind another HBO Asia Original, the six Golden Bell Awards-winning The World Between Us. Other WarnerMedia productions in Taiwan have included The Teenage Psychic and its sequel, as well as The World Between Us. Adventure of the Ring and Dream Raider will also air on HBO and HBO GO in 2020, with The Haunted Heart in post-production.

In addition to Taiwan, HBO GO is also available in Hong Kong, Indonesia, Malaysia, the Philippines, Singapore, Thailand and Vietnam.