Amazon to host Battle of the Brits tennis tournament

Schroders Battle of the Brits, a six-day long tournament taking place from June 23rd to 28th at the Lawn Tennis Association’s headquarters, Roehampton, will see the UK’s top-ranked male players, including Andy and Jamie Murray, Dan Evans and Kyle Edmund, compete to be crowned singles and doubles champions. Sports fans will be able to watch live action game play exclusively on Amazon Prime Video in the UK and Ireland, and on Eurosport and Tennis Channel in the US.

Jamie Murray said: “The last few months have been incredibly challenging times for everyone, and we see this event as our way of giving back. A lot of work has gone in to make sure this could happen and we are very excited to be able to bring an action packed week of tennis, while raising valuable funds for NHS heroes to say thank you for the amazing work they have done. I’m really excited to be putting on Schroders Battle of the Brits and for the first time bringing together the current generation of British male players to compete against one another while raising significant funds for charity. I am particularly grateful to our broadcast partner here in the UK, Amazon Prime Video, for enabling this event to happen.” 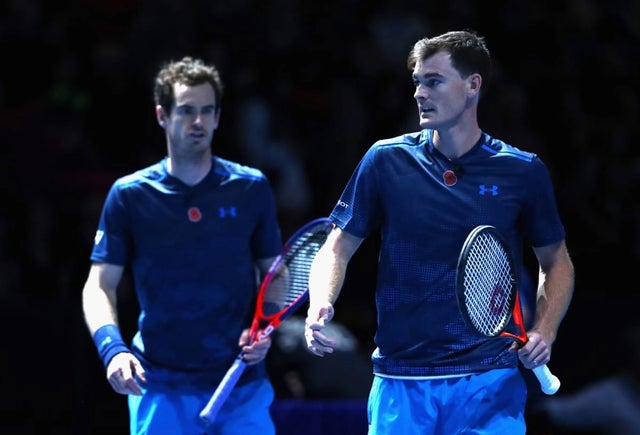 “We are excited to support Jamie and offer this six-day tournament to our Prime Video customers in the UK & Ireland at no extra cost to their Prime membership,” added Alex Green, MD Prime Video Sport Europe. “We know that fans across the UK are missing live tennis, especially during the British summer, and we are sure this will delight them and give them a chance to see Andy, Jamie and the other top British male players in competitive action again. This builds on Prime Video’s ongoing support for British tennis.”

“This event with the Murray brothers is perfectly aligned with Tennis Channel’s lifetime core mission of expanding the game worldwide, and today of empowering the return of world-class tennis competition to hungry fans everywhere,” said Ken Solomon, president, Tennis Channel. “In this world of distancing and isolation, trusted relationships are more important than ever before. We’re privileged to support partners like Jamie and Andy, who are longtime friends of the network as both players and leaders of the highest integrity.”

Scott Lloyd, LTA Chief Executive, commented: “The LTA is looking forward to bringing tennis back into people’s lives this summer and are excited about events like this inspiring fans to get involved in our sport and pick up a racket.”