Anthem Sports & Entertainment is bringing classic live concerts from some of the biggest names in music to its AXS TV UK offering on British and Irish television station Showcase TV.

They were originally recorded in intimate settings, as part of the legendary US music series Soundstage – famed for spectacular performances from musicians across pop, rock, country, soul, bluegrass and folk genres. They have never been broadcast on UK television before now and will let British and Irish fans missing this summer’s festivals bring the music home. 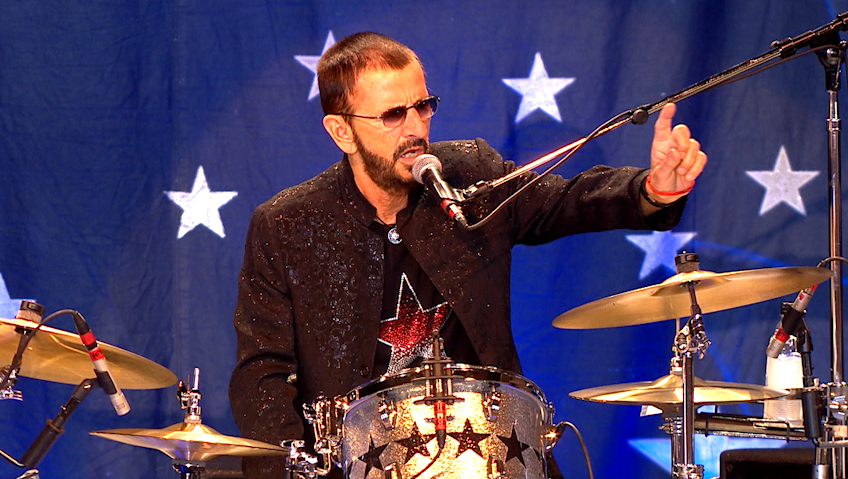 AXS TV UK can be found on Showcase, Sky channel 192, from 4-6pm on weekends and 7-9pm on Wednesdays and Fridays.

The full schedule of live concerts for July is:

Ringo Starr performs a mix of his solo work and Beatles hits including “With a Little Help from My Friends,” “Octopus’s Garden” and “Photograph.”

Mick, John, Lindsey and Stevie unite for a passionate evening playing hits from “Say You Will”, as well as “Go Your Own Way”, “Tusk” and “Don’t Stop”. The combination of harmonious delivery and purposeful melodies show why they will always remain a classic. Other hits include “Rhiannon” and “Landslide”.

Mick Fleetwood, John McVie, Lindsey Buckingham and Stevie Nicks unite for a passionate evening playing hits from “Say You Will”, as well as “Goodbye”, “Gold Dust Woman” and “Tusk”. The combination of harmonious delivery and purposeful melodies show why they will always remain a classic. Other hits include “Silver Springs” and “Don’t Stop”.

With trademark Gibson “Lucille” settled on his lap, B.B. King is in his element in this unforgettable performance. Filled with staggering guitar jams on hits like “Thrill Is Gone” and “Let The Good Times Roll,” the 12-song set also includes appearances by special guests Terrence Howard, Solange and Richie Sambora, who stop by to perform with and pay tribute to the renowned blues master.

The incomparable Tom Jones takes the stage to perform repertoire from across the range of his long and illustrious career. This performance features songs from Jones’ recent, critically-acclaimed albums as well as a selection of his iconic hits that takes the audience on a musical journey across the eras and musical spectrum. In this special performance, he collaborates with noted artist Alison Krauss for a few beloved songs such as “Opportunity to Cry,” “Raise A Ruckus,” and “Didn’t It Rain.”

Filmed in the intimate surroundings of New York’s famous Roseland Ballroom, this is a real chance to get up close and personal as Phil Collins faithfully recreates the soul and Motown classics that he loved as a teenager.”

Stevie Nicks unleashes a powerful set at the legendary Red Rocks Amphitheatre in the 1986 concert film Stevie Nicks Rock A Little. The night features guest appearances by Mick Fleetwood and guitar mastermind Peter Frampton, and performances of Nicks’ signature solo tracks “Edge Of Seventeen,” “Talk To Me,” and “Stand Back,” as well as the beloved Fleetwood Mac single “Dreams,” among many others.