Sumner Redstone, the US billionaire media tycoon, has died aged 97.

For nearly 30 years, Redstone led Viacom as Executive Chairman of the Board following National Amusements’s acquisition of a controlling stake in the company in 1987. He also held the position of CEO from 1996 until 2005, during which time Viacom merged with CBS Corporation in 2000. Upon the separation of the two companies in December 2005, Redstone served as Executive Chairman of the Boards of CBS and Viacom. In February 2016, Redstone assumed the role of Chairman Emeritus for both companies. 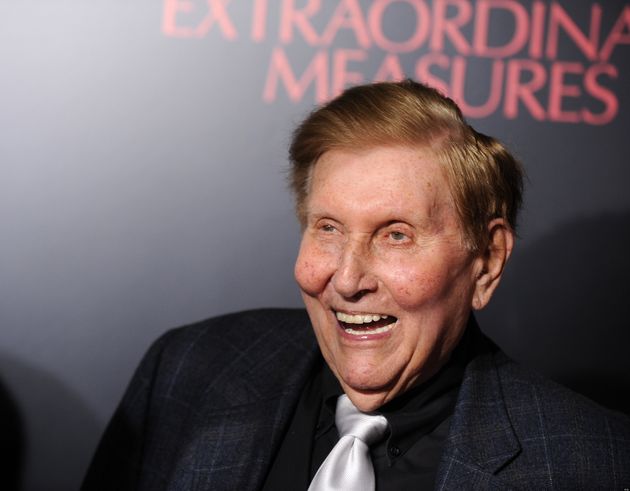 Bob Bakish, President and CEO of ViacomCBS, said: “Sumner Redstone was a brilliant visionary, operator and dealmaker, who single-handedly transformed a family-owned drive-in theater company into a global media portfolio. He was a force of nature and fierce competitor, who leaves behind a profound legacy in both business and philanthropy. ViacomCBS will remember Sumner for his unparalleled passion to win, his endless intellectual curiosity, and his complete dedication to the company. We extend our deepest sympathies to the Redstone family today.”

A Separate Statement from National Amusements said: “It is with great sadness that we announce the passing of Sumner M. Redstone, the self-made businessman, philanthropist and World War II veteran who built one of the largest collections of media assets in the world. He passed away yesterday at the age of 97.

Over the course of his distinguished life and career, Sumner played a critical role in shaping the landscape of the modern media and entertainment industry. At National Amusements, he transformed a regional theater chain into a world leader in the motion picture exhibition industry. Sumner was also a keen investor who took stakes in a variety of companies, including Viacom Inc. and CBS Corporation – today merged as ViacomCBS – which he built into prominent, international and industry-leading conglomerates in the media industry

Sumner was a man of unrivaled passion and perseverance, who devoted his life to his belief in the power of content. With his passing, the media industry he loved so dearly loses one of its great champions. Sumner, a loving father, grandfather and great-grandfather, will be greatly missed by his family who take comfort knowing that his legacy will live on for generations to come.”

Redstone was born in Boston, Massachusetts on May 27th, 1923 to Belle Ostrovsky and Max Rothstein. His father, who later changed his name to Michael Redstone, supported his family by peddling linoleum from the back of a truck. Eventually, Michael Redstone saved enough money to buy a drive-in movie theatre in Valley Stream, Long Island. Following the success of this initial investment, Michael Redstone went on to acquire other theaters and nightclubs and create the Northeast Theater Corporation, later renamed National Amusements.

While his father developed his career as a business owner, Redstone distinguished himself as an exceptionally gifted student, graduating first in his class from the Boston Latin School in 1940 and earning a bachelor’s degree from Harvard University in 1944, awarded by the University’s Special Board of Overseers. Redstone was selected to serve on an elite US Army intelligence team responsible for breaking Japanese military and diplomatic codes during World War II due to his fluency in Japanese, Latin, French and German. Redstone served with this unit until the end of the war and received, among many honors, the Army Commendation Award and two commendations from the Military Intelligence Division in recognition of his service, contribution and devotion to duty.

After completing his military service, Redstone received an L.L.B. from Harvard University School of Law in 1947 – later amended to a Juris Doctorate – and began his career as a Law Secretary with the United States Court of Appeals and then as Special Assistant to the US Attorney General. In 1951, Redstone was named Partner of the Washington D.C. law firm Ford, Bergson, Adams, Borkland & Redstone.

Three years later, in 1954, Redstone joined National Amusements and embarked on his celebrated, decades-long career in the entertainment industry. A skilled manager, he helped National Amusements expand to 59 screens by 1964 and 129 screens by 1974. He then began looking for growth opportunities and taking positions in companies specialising in content production. In line with his conviction that “content is king”, Redstone began accumulating stock in Twentieth Century Fox, Columbia Pictures and other content companies, all of which he turned over for significant profits when he sold his positions in the 1980s.

Redstone was especially passionate about his investment in Viacom and, seeing value in its youth-centric media holdings, purchased a controlling interest in the company in March 1987 for $3.4 billion. Redstone assumed the role of Chairman of Viacom and quickly oversaw a series of acquisitions that would make the company one of the top players in modern media, including the high-profile acquisitions of Paramount Pictures, Blockbuster Entertainment, DreamWorks SKG and CBS.

In 1996, Redstone was appointed CEO of Viacom, a position he held through 2005. Redstone served as Chairman of Viacom and CBS until 2016, when he assumed the position of Chairman Emeritus at each company. CBS and Viacom announced an agreement to merge in August 2019 and completed the merger in December 2019, becoming ViacomCBS. Upon the completion of the transaction, Redstone assumed the role of Chairman Emeritus of the combined company.

Over the course of his career, Redstone served as a member of multiple entertainment-focused organisations, including the Advisory Council for the Academy of Television Arts and Sciences Foundation and on the Board of Trustees for The Paley Center for Media. He also served as the first Chairman of the Board of the National Association of Theatre Owners of America.

Redstone was the recipient of numerous accolades and awards in recognition of his accomplishments:

1977-1981 – Served on the Presidential Advisory Committee of the Arts of the John F. Kennedy Center for the Performing Arts

2001 – Authored A Passion to Win with Peter Knobler; the book reached #1 on that year’s Los Angeles Times’ Non-Fiction Bestsellers List

Beyond his business ventures, Redstone lectured widely, including at the University of San Francisco, Harvard Law School and Brandeis University. In 1982, he joined the faculty of the Boston University School of Law, where he created one of the nation’s first courses in entertainment law.

Redstone dedicated himself to civic and community affairs and made significant contributions to charities and other worthy causes around the world. In 2007, the Sumner M. Redstone Foundation announced charitable grants to fund research and patient care advancements at FasterCures/The Center for Accelerating Medical Solutions, the Cedars-Sinai Prostate Cancer Center, Massachusetts General Hospital and to the Cambodian Children’s Fund. In addition, Redstone made sizable donations to institutions of higher education, including funding the construction of The Sumner M. Redstone Building at the Boston University School of Law in 2012, and endowing The Sumner M. Redstone Fellowships in Public Service at Harvard Law School.

Redstone’s support of charitable organisations also included positions at the Board of Overseers of the Dana-Farber Cancer Institute, the Will Rogers Motion Picture Pioneers Foundation, the Corporation of the Massachusetts General Hospital, the Board of Overseers of the Boston Museum of Fine Arts, the Executive Board of the Combined Jewish Philanthropies of Greater Boston, the Board of the Jimmy Fund (Children’s Cancer Research Foundation), the Metropolitan Division of the Combined Jewish Philanthropies and the Corporation of the New England Medical Center.